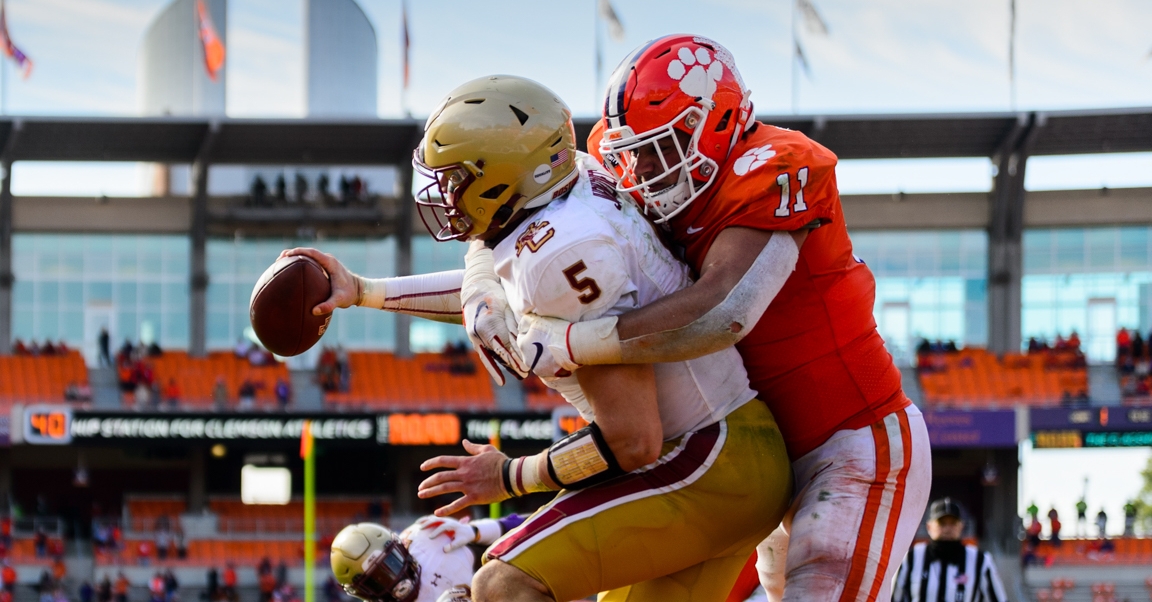 Bryan Bresee is looking for a return to form off of the knee injury, which could yield a big payday soon. (ACC photo).

Leading the way is Bryan Bresee at No. 14 overall, returning from a knee injury that ended his 2021 season early.

Not far behind him is Myles Murphy at No. 16, along with Trenton Simpson at No. 22 overall.

"Simpson is a former 2020 five-star recruit who showed out in his first year as a starter in 2021. He has sideline-to-sideline ability at 6-foot-3, 225 pounds. As it stands now, his best reps come as a blitzer, where he had 31 pressures last season.

"Murphy is one powerful dude for a true sophomore. At 6-foot-5, 275 pounds, he earned an 84.1 run-defense grade last year and racked up 42 pressures. You’d be hard-pressed to see someone with Murphy’s physical tools drop too far in the draft."