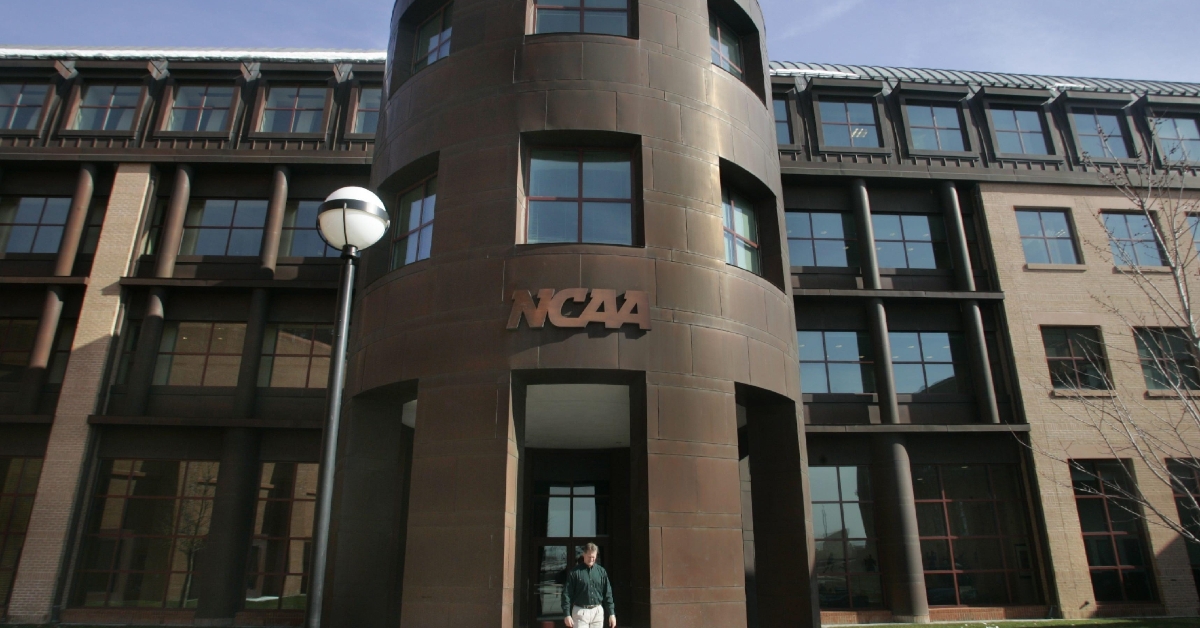 The NCAA's model is in question now from the nation's highest court. (Photo: Charles Nye / USATODAY)

The U.S. Supreme Court ruled unanimously against the NCAA in the amateurism case of NCAA v. Alston on Monday.

The ramifications of the case were one of the factors involved in the process for the new Name, Image and Likeness rules to come for third-party player compensation. The Monday decision release did not directly rule on that, but Justice Brett Kavanaugh gave a pretty blunt review of the NCAA model.

"There are serious questions whether the NCAA’s remaining compensation rules can pass muster under ordinary rule of reason scrutiny," Justice Kavanaugh said. "Under the rule of reason, the NCAA must supply a legally valid procompetitive justification for its remaining compensation rules. As I see it, however, the NCAA may lack such a justification.

"The NCAA’s business model would be flatly illegal in almost any other industry in America. All of the restaurants in a region cannot come together to cut cooks’ wages on the theory that 'customers prefer' to eat food from low-paid cooks. Law firms cannot conspire to cabin lawyers’ salaries in the name of providing legal services out of a 'love of the law.'... The bottom line is that the NCAA and its member colleges are suppressing the pay of student athletes who collectively generate billions of dollars in revenues for colleges every year. Those enormous sums of money flow to seemingly everyone except the student athletes...

SCOTUSblog summed up the breadth of the initial decision Monday: "In a victory for college athletes, SCOTUS unanimously invalidates a portion of the NCAA's 'amateurism' rules. The court says the NCAA can no longer bar colleges from providing athletes with education-related benefits such as free laptops or paid post-graduate internships."

The NCAA released a statement on the ruling Monday afternoon:

"While today’s decision preserves the lower court ruling, it also reaffirms the NCAA’s authority to adopt reasonable rules and repeatedly notes that the NCAA remains free to articulate what are and are not truly educational benefits, consistent with the NCAA’s mission to support student-athletes."

“Even though the decision does not directly address name, image and likeness, the NCAA remains committed to supporting NIL benefits for student-athletes,” said NCAA President Mark Emmert in the news release. “Additionally, we remain committed to working with Congress to chart a path forward, which is a point the Supreme Court expressly stated in its ruling.”

On the NIL front, the ACC joined with the SEC and Pac-12 among the Power 5 to recommend that schools in states with NIL laws in place to be able to follow those laws despite no overarching NCAA governance yet. South Carolina is a state that has a NIL law signed.

In that plan, however, the guidance is they don't allow school employees or boosters to pay athletes and don't allow payments in exchange for athletic performance or recruiting purposes.

The entire NCAA v. Alston decision is attached below:

NEW: In a victory for college athletes, SCOTUS unanimously invalidates a portion of the NCAA's "amateurism" rules. The court says the NCAA can no longer bar colleges from providing athletes with education-related benefits such as free laptops or paid post-graduate internships.