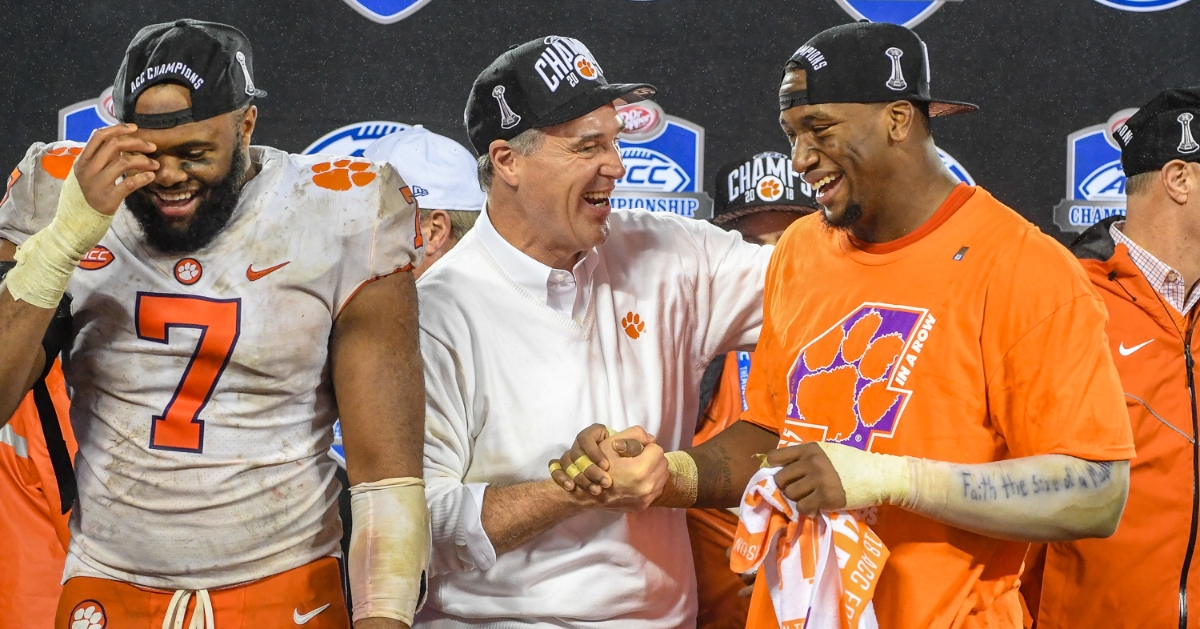 Radakovich has presided over plenty of success since 2012 in Clemson.

Oregonian columnist John Canzano reported that a deal was done between the two parties Friday evening, reporting from an area where the Hurricanes are said to be in hot pursuit of Oregon football's head coach and Miami alum Mario Cristobal. Reports Friday from ESPN, Sports Illustrated, CBS Sports and the Miami Herald said that Radakovich was a candidate for the role but did not say any deal was in place. The Miami Herald also said that Radakovich was Miami's "first choice all along."

Radakovich was hired as Clemson’s 13th all-time athletic director on Dec. 1, 2012 from Georgia Tech and has presided over the most successful football run in the school's history, as well as success in several other sports.

If he does leave Clemson, Radakovich would be returning to Coral Gables, Florida, where he got his start in sports administration and graduated with a business administration degree in 1982.

Quick update vis a vis Drad.... All quiet on Clemson end, even from people who normally respond. I have people I know at Miami who says it's running around their dept. as truth. But also that Canes will hire Mario Cristobal as HC.

So as of now, it appears to belong in the sphere of rumor with a little smoke thrown in there. Still texting and calling and emailing.

Am told that there are at least three candidates still in the mix for the Miami AD job, per source.

#Clemson athletic director Dan Radakovich has emerged as a top name for #Miami’s AD vacancy, per sources, confirming reports from @flasportsbuzz and others. I have not confirmed he’s accepting the job. Obviously has implications for football coach situation.