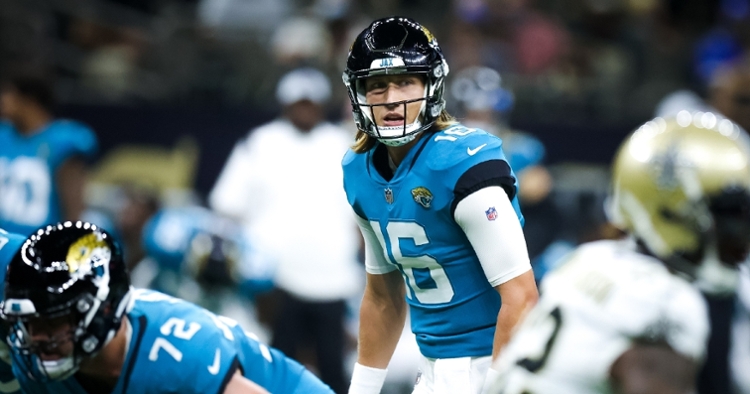 NFL analyst and former NFL standout Keyshawn Johnson knows a lot about catching a football from a quarterback.

More than I ever will know, but it seems like he doesn't understand quarterback play as much as most, including his colleagues on ESPN.

Johnson was on NFL Live Thursday and had a terrible take on rookie quarterback Trevor Lawrence.

"I don't mind where Trevor Lawrence is right now as a rookie," he said. "He is certainly growing and getting better each week. But this whole putting him in "once-and-a-lifetime generational quarterback"… Give me some damn wins. That's all I care about. Because those types of guys, they win football games."

Lawrence has thrown for 1,465 yards for the season with seven touchdowns and eight interceptions for a QBR of 38.0.

"I want quarterbacks that's going to help my team win, not hype."

"I want quarterbacks that's going to help my team win, not hype."@keyshawn is not 100% sold on Trevor Lawrence just yet ?? pic.twitter.com/jrgMk3IdxN

This is pretty funny as Johnson was on a horrific Jets team that finished 1-15 his rookie season.

It takes time for bad teams to transition into competitive clubs as the Jaguars just snapped a 20-game losing streak with their win over the Dolphins in London. Wins will come as Lawrence gets more experience and is surrounded with more help on offense including the return of Travis Etienne in 2022.

Look for Lawrence to compete for NFL Rookie of the Year honors if he keeps up playing well like he has the last few weeks.