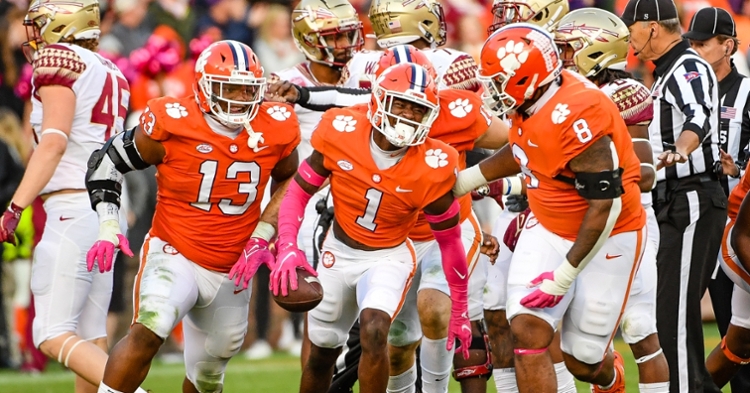 Mukuba was a standout in his debut season.

Mukuba was the Tigers' first freshman to start at safety since 1973 and had eight tackles and a pass breakup in the opener against Georgia.

He had a team-best nine pass breakups, 54 tackles (two for loss) and a sack this season.

This is the 21st season the FWAA has honored freshman All-Americans.

The list includes players who were either redshirt freshmen, true freshmen, or freshmen playing in their second season via the NCAA's updated COVID eligibility rules as designated by their respective schools.

Paced by a combined five selections from Iowa and Ohio State, the Big Ten led all conferences with eight members followed by the SEC's seven and the Big 12 and Pac-12 had three each. The American Athletic, Atlantic Coast, Conference USA and Independents had two apiece with the Mid-American, Mountain West and Sun Belt placing one as all 10 conferences were represented. Of the 32 honored players, 24 are true freshmen.