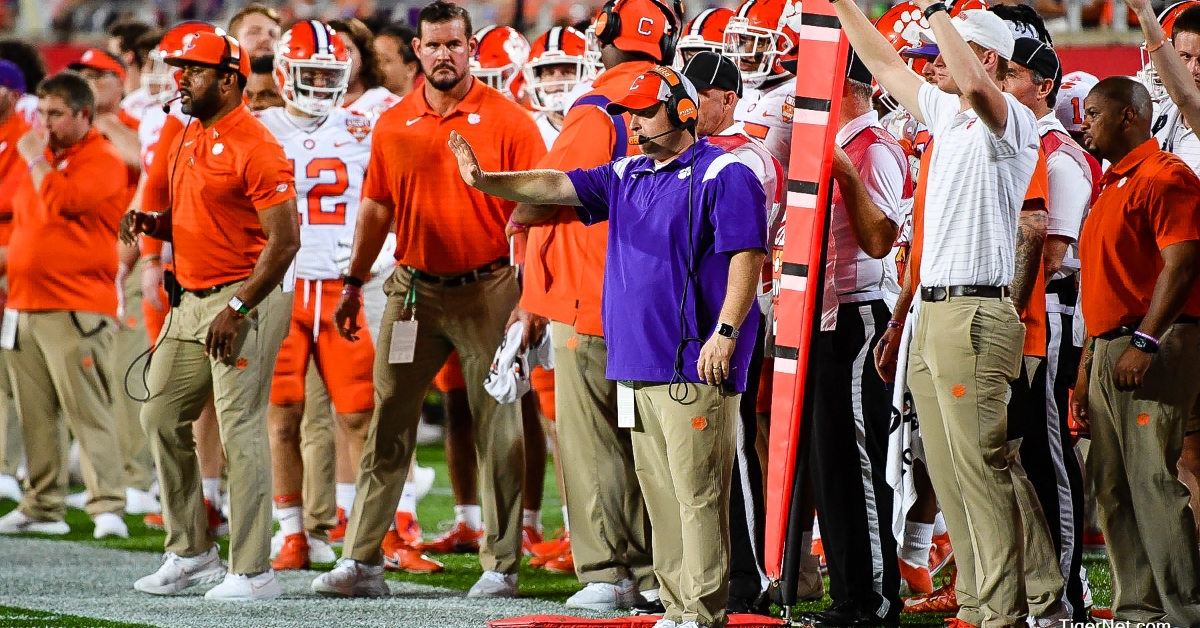 Wes Goodwin gets the win in his first game at the helm of the defense.

ORLANDO – Clemson’s new coordinators walked away with a win during their first game in their new positions, but one side has a lot of work to do in the offseason while the other side simply needs to maintain the current level of excellence.

Clemson’s defense shut down the Iowa St. offense and held on a late 4th-down in defeating the Cyclones 20-13 in the Cheez-It Bowl in Camping World Stadium.

Trailing 20-13, the Cyclones had one final chance to tie the score and drove to their own 36. Facing a 4th-and-2 with 39 seconds remaining, quarterback Brock Purdy scrambled and appeared to have the first down. However, cornerback Mario Goodrich came up to make the tackle and jarred the ball loose from Purdy. Purdy recovered, but it was behind the line to gain and the Tigers were able to run out the clock.

Clemson had just 315 yards of total offense, while Iowa St. had a season-low 270 yards (the previous low was 335 against Northern Iowa in the season opener). Quarterback DJ Uiagalelei was 21-of-32 for 187 yards and an interception. Will Shipley had 18 carries for 61 yards and added five receptions for 53 yards. Kobe Pace had 12 carries for 51 yards, while Dacari Collins had six catches for 56 yards. 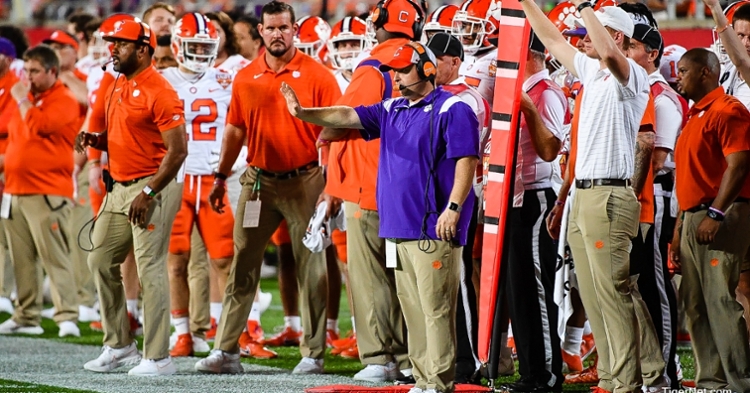 Wes Goodwin gets the win in his first game at the helm of the defense."

The Clemson offense started strong, marching down the field and running a lot of time off the clock on the first drive of the game, but settled for a BT Potter field goal. On third-and-goal at the 11, the offense settled for a run by Uiagalelei. It was a theme that was common during the game – the offensive coaches trusted the defense to keep Iowa St. off the board but didn’t trust the offense to make a big play – in other words, the play calling was extremely conservative when it mattered.

The offseason goal for new offensive coordinator Brandon Streeter will be rebuilding the offensive line, rebuilding the wide receivers room, finding a way to get the tight ends more involved, and managing what is likely to be a quarterback battle between Uiagalelei and incoming freshman Cade Klubnik.

It will also be in getting everybody healthy and hopefully filling some of the offensive voids with a few more recruits in February and adding more in the transfer portal.

Wes Goodwin and his defense were lights out, even when leader James Skalski went out early. When cornerback Andrew Booth went out in the third quarter after getting sucker-punched by a Cyclone receiver, you had to wonder how the defense would respond.

It responded the way the defense responded under Brent Venables – by making big stops when it counted. Goodwin will have to find some new voices and new leaders, and adding a few more defensive line and defensive back bodies wouldn’t hurt – but he still has a fantastic nucleus to work with.