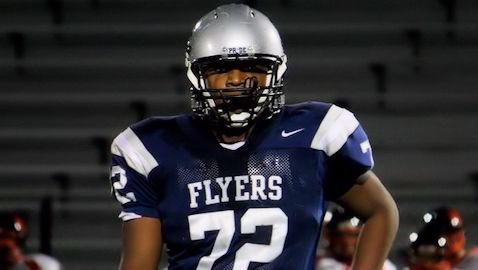 Clemson is in Wilkins' final group of six schools.

Saturday’s opponent may not be one that grabs national attention but the importance of the weekend can’t be overstated – Senior Day, Military Appreciation Day and perhaps one of the biggest recruiting weekends of the season.

The Clemson football staff has made the Georgia State football game a priority recruiting day because they feel as if they can give the recruits more attention with a smaller opponent than next weekend with South Carolina coming to town.

The headliner of the group is 2015 4-star defensive tackle Christian Wilkins, Suffield (CT) Suffield Academy, whose stop in Clemson will be his first official visit since visiting Stanford earlier this fall.

Several members of Clemson’s defensive staff made the trip to Connecticut after Clemson’s Thursday night game at Wake Forest – a trip that really paved the way for this official visit.

Clemson will also host several committed prospects for their official visits this weekend.

View Full Profile out of Piedmont (SC) Wren – who are already watching the quarterback situation and Deshaun Watson’s injury with an interested eye will attend Saturday’s game as official visitors.