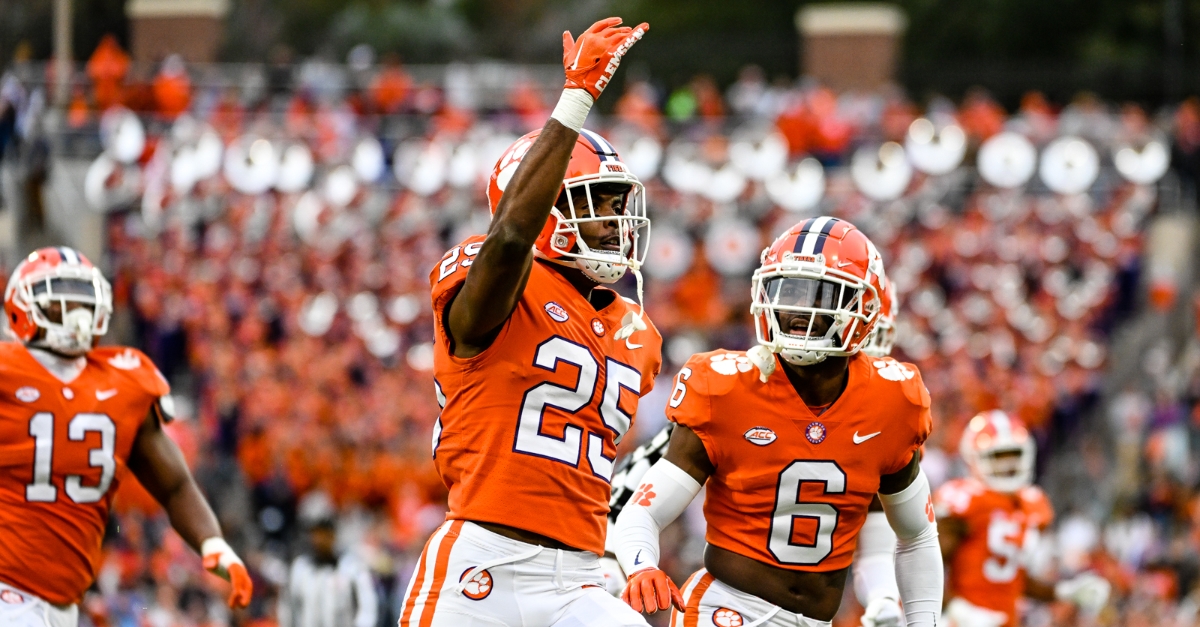 Clemson missed just one tackle against the Hurricanes according to Pro Football Focus.

The game had its notable performances and we break it down with some season and unit notes thanks to the aid of Pro Football Focus:

Uiagalelei accounted for over 300 yards gained, taking 12 carries for 110 yards and connecting on 22-of-34 throws for 227 yards and two scores.

He tallied his best rushing grade against a Power 5 opponent while at Clemson (74.4).

Uiagalelei also factored in two turnovers, getting his grade dinged by a fumble (44.6 rating for fumble) and a miscommunication making for the lone interception.

Also on the minus side, Uiagalelei had 40 total dropbacks with only two deep shots (both incomplete) and 2.9 yards per pass attempt while under pressure. He was ‘kept clean’ on 29 of the dropbacks, however, and hit 21-of-28 of those throws at 7.5 yards per attempt with both scores.

TE Luke Price - Price played four snaps with a touchdown on the goal-line in his first catch of the season to lead Clemson in offensive grade (77.6).

QB Cade Klubnik - Klubnik led another TD drive and graded just behind Uiagalelei overall with his seven snaps (75.6; 76 for Uiagalelei). He completed both of his pass attempts for 13 yards (his first since the INT at Notre Dame) and rushed for 20 yards on two carries.

OL - Walker Parks didn’t grade well according to PFF in his return from concussion protocol with a 34.2 mark in pass protection and the lowest mark among starters as well on run blocking (54.3). On the flip side, freshman Blake Miller compiled his best grade of the season (74.8) with over 70 metrics in run and pass blocking. In spot duty for an injured Marcus Tate in-game, Mitchell Mayes was more toward Parks (54.4 overall grade).

RB Kobe Pace - Pace made his return from injury (high ankle sprain) to lead the Clemson running backs in grading (70.8) over 19 plays. He had two snaps in the red zone that set up goal-to-go situations and he also punched in a goal-line score. Will Shipley did find the end zone but he totaled his worst run grade of the campaign (54.9) -- and Phil Mafah had his second-lowest mark (61.5).

Unit grade notes: After the strong start, the game settled at mid-tier grades-wise for the season (68.5) with the top passing effort of those mid-tier grades (68 grade; scored in the 80s versus Wake, Furman and Georgia Tech) but on the lower end when it came to the ground attack (68.3; had an 80-grade against Louisville).

Orhorhoro didn’t fill the statsheet quite how you would think of an MVP, but he led Clemson in overall defensive (82.7; best in career) and rush defense grade (79.3) and was top-3 in pass-rush grade (72.8) over 35 snaps.

He was tabbed with two hurries and two stops.

CB Nate Wiggins - He posted the top coverage grade of his career (77.1) with one catch for eight yards allowed over 24 coverage snaps, tallying a pass breakup in those targets.

LB Trenton Simpson - Simpson was utilized to attack the backfield in his return from injury this week, with his highest proportion of snaps along the D-line (7 of 21) and in the slot this season (6 of 21) with two sacks and a forced fumble for his second-highest overall defensive grade of the season (74; a season-best 75.8 pass-rush grade).

LBs Jeremiah Trotter and Barrett Carter - Playing more in the role Simpson had previously slotted in this year, Carter combined with Trotter to each make the top-3 rush defense grades for the Tigers (78.8 for Trotter; 75.5 for Carter). Trotter led Clemson in tackling grade (82) and posted a sack.

Unit grade notes: Clemson missed just one tackle all night per PFF, which is a leading contributor to the second-best defensive grade of the year (80.8; 87.7 against BC the best). That included the top grade this season against the run (91.4; best against an FBS foe since 2019 versus Wake Forest, 91.6) and tackling (85.4; best against any team since 2019 against BC, 89.6).