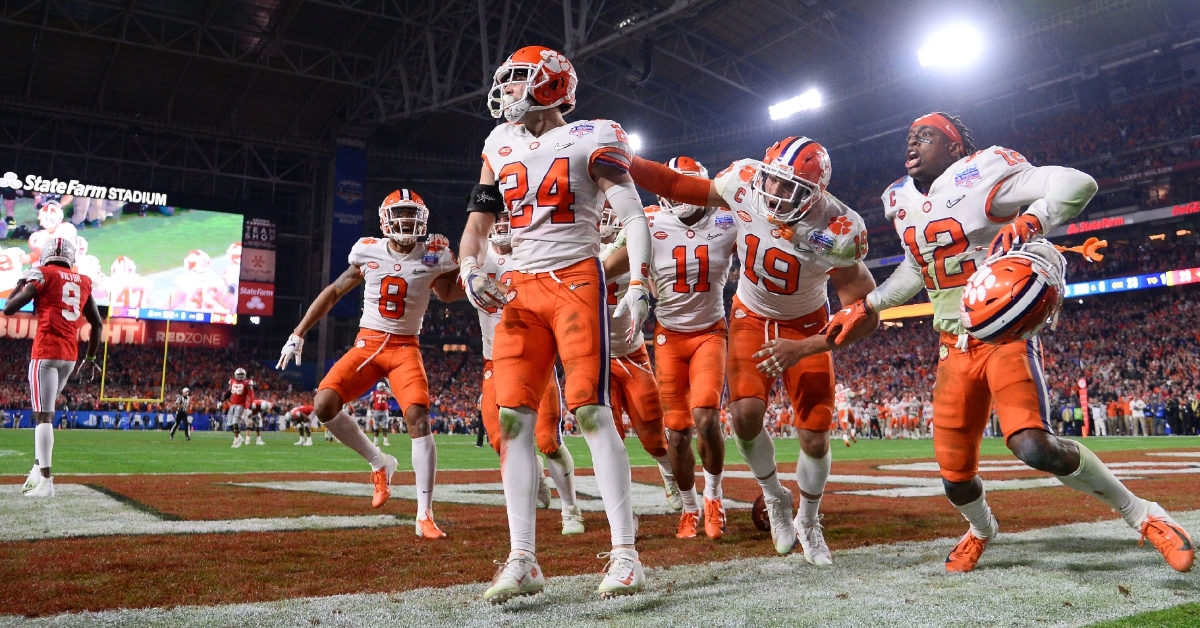 Clemson has an argument for the No. 2 spot on the list, which went to Ohio State. (Photo: Joe Camporeale / USATODAY)

247Sports assessed the top programs of the last 10 years and Clemson of course scored pretty highly.

Dabo Swinney's Tigers rank third on the list behind only Alabama and Ohio State.

The spot behind the Buckeyes could be seen as curious with Clemson having won three of the four matchups between the two in the timespan and winning one more national title.

"With 11 consecutive seasons with 10 or more wins, Dabo Swinney is within college football's coaching elite," 247Sports' Brad Crawford said. "Since 2015, he's won two national championships and lost in the final two other times. No program in the ACC has come close to this level of success after the Tigers swiped the torch from Florida State and haven't looked back. After failing to win the ACC last fall, Clemson has unfinished business as the preseason conference favorite in 2022 with the most talented roster in the league."