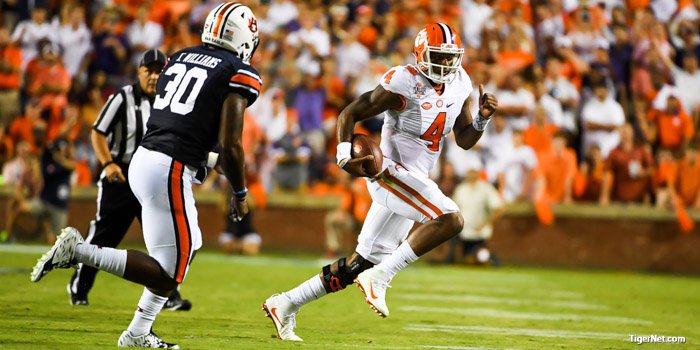 Clemson seniors will be honored before Saturday’s game. The group is 44-6 and that .880 winning percentage is the best in school history. The 44 wins rank second behind the 46-8 record by the 2015 seniors.

This senior class has been a part of a 25-1 record at Memorial Stadium the last four years. The record for wins by a senior class at home is 26-2 set by the 2014 and 2015 senior classes.

Part of a continuing 44-game winning streak against unranked teams, they have been a part of the last 35 of those wins.

Last night I went to the soccer game and they honored one of the soccer greats at Clemson. Paul Rutenis is one of two Clemson soccer players who started for two national title teams. This weekend Rutenis will be inducted into the Clemson Athletic Hall of Fame. Others being inducted this weekend include:

Frank Howard won at least ten games once. Danny Ford did it five times and Ken Hatfield did it once.