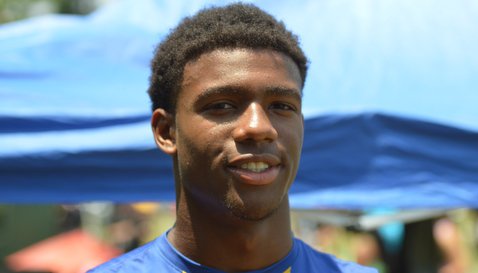 In this industry we love comparisons. Every minor league baseball phenom is being compared to an Albert Pujols or a Mickey Mantle or Sandy Koufax. In basketball we love the Michael and LeBron comparisons. Heck, on signing day each year I compare each signee to a former Clemson player on Tigernet.

These comparisons are difficult because there has never been an exact replica of any player. Bodies may look similar. Styles may be close. However, everyone is different.

With that stated, Clemson's true freshman quarterback prospect Kelly Bryant has an easy comparison in my mind. Maybe its his body and the potential of what his body may look like in the future. Maybe its his style. Maybe its his number. But boy does Bryant remind me of a very young Cam Newton.

America was introduced to Newton as a junior at Auburn where he won the Heisman Trophy and won the national title.

To be clear, let's pump the brakes. I am not saying Bryant will win the Heisman or lead the Tigers to a national championship. What I am saying is that he reminds me of a Newton before the advanced development.

Today Newton is 6-5 and 245 pounds. Bryant is at least 6-4 and currently weighs 215 pounds. I can see him getting in that 235 pound range before he is called on to play a major role here. He is one of the best looking physical specimens on this team.

He is not a polished passer at this point, but I have to believe he is better at this stage than Nick Marshall was at Auburn, or should I say as at another position when he was at Georgia.

I am very excited about what Clemson quarterback coach Brandon Streeter

Brandon Streeter
Quarterback Coach
View Full Profile can do with his development.

I remember Tajh Boyd looking lost very early in his career. But here is the good news, outside of an injury to Deshaun Watson, there is no rush for Bryant. Watson might be the best to ever play at Clemson. Watson's time is now and we will see him for at least two more years. The next two years we may see the best player in college football at quarterback in Clemson.

So Kelly doesn't have to be ready right now. But when his time comes, I am excited that his potential may be a key in keeping this program going after Watson's brilliant playing days are over.