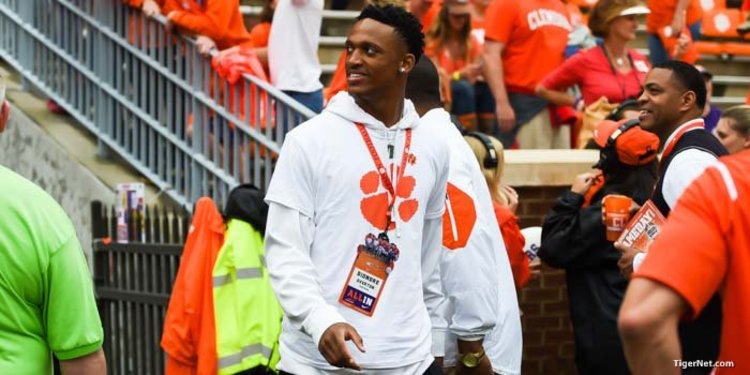 4-star 2016 wide receiver Diondre Overton from Greensboro, NC has confirmed to TigerNet that he has signed and faxed his NLI for Clemson on Wednesday morning.

TigerNet watched him at the 2015 Dabo Swinney football camp, and he has some similarities skill-wise of a Mike Williams in the same age in high school.

He is also a standout basketball prospect that had an offer from Virginia Tech.

@RainMan_4 officially signed to play Wide Receiver at Clemson University. His reaction to signing on @WXII 12 at 11! pic.twitter.com/s1Et75yTtZ