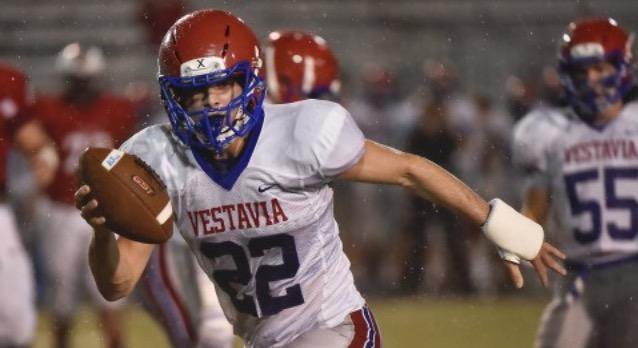 Turner is a big hitter at the safety position

Alabama safety Nolan Turner from Vestavia Hills, Alabama committed to Dabo Swinney on Thursday while the head coach was visiting him at his high school.

TigerNet spoke with Turner after he committed on Thursday and he was very excited to be part of the Clemson 2016 recruiting class.

"It was crazy. I couldn't believe it."

Turner decided to commit on the spot to Swinney and will visit Clemson this weekend.

He had an offer from UAB and Alabama had offered him a preferred walk-on opportunity. He had planned on going to Alabama before today's Clemson offer.

Previously, the Tigers had offered him a walk-on position during his junior season while seeing him at a few Clemson camps but Swinney had kept in touch with him throughout the recruiting process.

Turner was asked about his family's emotions now that he is a Clemson Tiger. "They all love Dabo so they are real excited. It was truly a blessing and a humbling experience for all of us. It will be a great opportunity for me to go play at Clemson."

Nolan's father Kevin was teammates at Alabama with Dabo Swinney.

He said that some of his football attributes were that he was a "tough kid, hard worker, someone that is going to outwork everybody."

One source very close in the recruitment of Turner said that "he will be a great player" at Clemson.