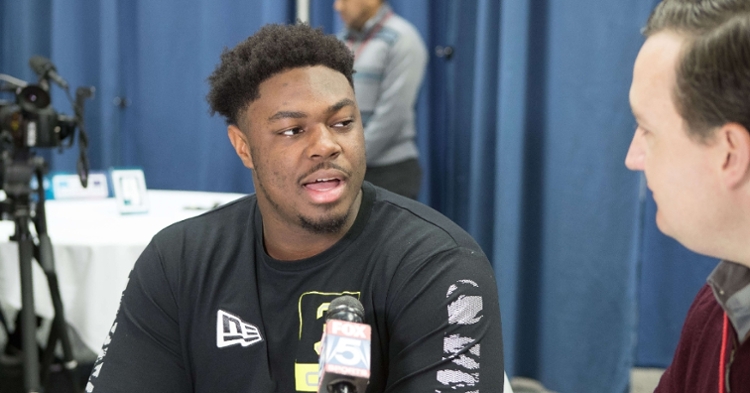 Former Clemson offensive lineman Tremayne Anchrum was selected No. 250 overall by the Los Angeles Rams in the 2020 NFL Draft on Saturday night.

With the 250th overall selection in the 2020 NFL Draft, the Los Angeles Rams select...

Dude is a ball player! Will be special wherever the Rams decide to put him! https://t.co/vWfwcjYYb8

How we feelin' Tremayne? ?? pic.twitter.com/U1w5jzbCSw

All smiles for John & Tremayne!?? pic.twitter.com/u4o40XF20S

To our SEVEN @Clemsonfb #NFLDraft picks -

You've made an incredible mark on and off the field !

We can't wait to watch you on Sundays! pic.twitter.com/63PPhJddeu

Clemson finishes with 7 drafted players, most since 2016 draft and second most since 1991. Clemson had nine players taken in 2016 draft, then won the National Championship.