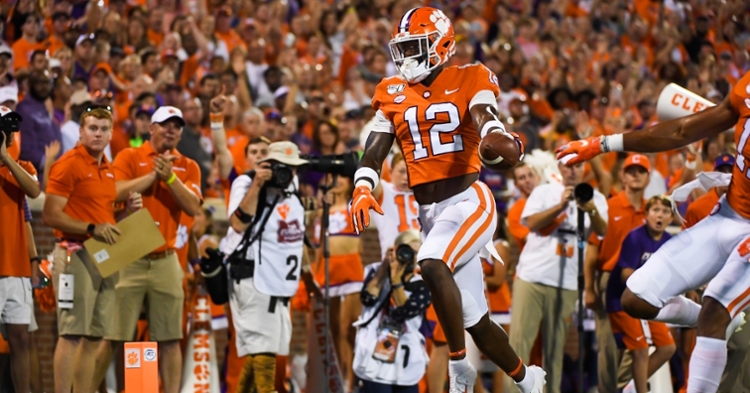 K'Von Wallace is excited to be part of the Eagles

Wallace took his appreciation of his new home to the max level on Sunday, adding a large tattoo of an eagle on the right side of his back.

"The Eagles fanbase is the best I've seen," Wallace told John Clark of NBC Sports Philadelphia. "The fanbase is incredible. They're up there with Clemson."

On the left side of his back, it appears that Wallace also has an early sketch of a 'Tiger King' representing Clemson.

Here is a better look at the start of the tiger tattoo on the left side of his back:

Eagles 4th round draft pick safety K’Von Wallace had an Eagle tattooed on his back ??

“The Eagles fanbase is the best I’ve seen. The fanbase is incredible. They’re up there with Clemson”#Eagles
?? @KVonWallace pic.twitter.com/Oy0bU8tnGF