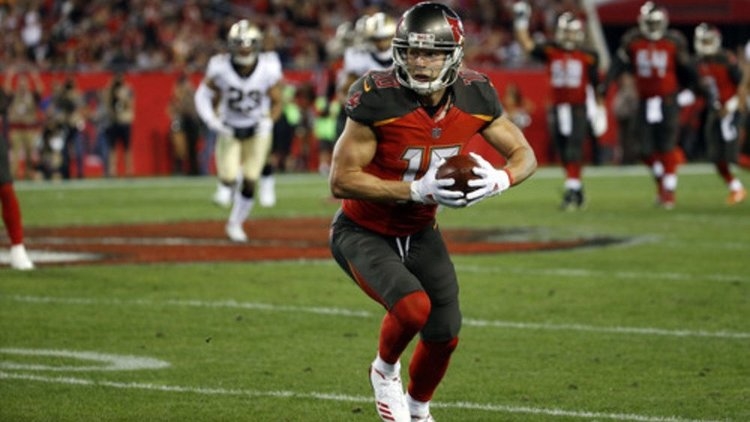 Receiver Adam Humphries chose the Tennessee Titans over the New England Patriots with a four-year deal worth $36 million during free agency.

Humphries shared that he wasn't sure how long Tom Brady was going to play and that factored into his decision.

"Obviously, he's the G.O.A.T. That's that simple," Humphries said to Travis Haney of The Athletic. "But there's so much that factors into a decision. It was a four-year deal. Who knows how many (years) he's got left? There's a lot that goes into it."

Of course, FS1's talking-head Colin Cowherd had to give his two cents about him giving up the opportunity to with 41-year old Brady and the Patriots.

“Adam Humphries had a chance to be a part of a guarantee and he chose Marcus Mariota and the Titans,” Cowherd said Tuesday. "Adam Humphries, good kid, chose Tennessee over that. When you make a career move, don’t just consider yourself. Is the world changing? Because if there’s a wave — and I watch these on Saturday mornings with a cup of coffee — grab your board and ride it. The wave of New England is not done yet. The wave for Tennessee doesn’t even exist.”

"Adam Humphries had a chance to be part of a guarantee and he chose Marcus Mariota and the Titans."@ColinCowherd unveils his 7 NFL guarantees for the 2019 season pic.twitter.com/v1uh66jF9s