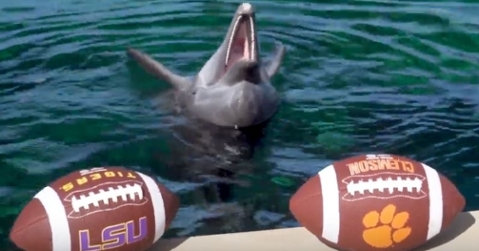 Don't worry. The animal picks are back for another prediction.

Next up in the world of animal prophecies is Nicholas the Dolphin at the Clearwater Marine Aquarium.

The rescued dolphin picked Clemson to defeat LSU in tonight's National Championship in the following video.