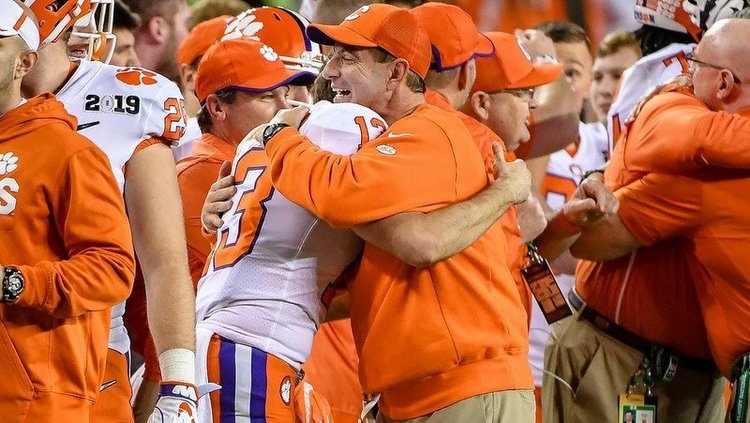 Clemson head coach Dabo Swinney spoke to ESPN about his seniors in Clemson's matchup with Wake Forest on Saturday (3:30 p.m./ABC).

"Their character, who they are as young people, their selflessness, and the impact that they've had on this program and all these players behind them," Swinney said about his seniors in the following video.

"They've been incredible leaders this year, but more than anything, just the transformation that I've seen in each one of them."

Swinney thinks his squad could have a tough test against the Demon Deacons.

"Very well-coached, they're 7-2, they've had a bunch of close wins, which just tells you the makeup of their team — the toughness and mindset that they have," he said. "Offensively, they're unique in their style, create some problems, and some conflict for you. And then defensively, kind of bend but don't break, very well-coached, do a great job upfront, and this is a team that doesn't beat itself. They're plus-seven in the turnover margin and a game we're going to have to play well in."