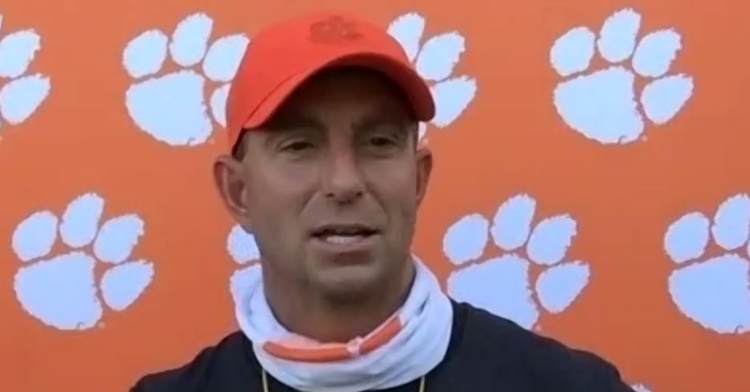 Swinney talked about the win meant for the former players, including teammates Mike Williams and Hunter Renfrow.

"It was special," he said to ESPN. "To see Mike Williams back on that stage and having him stand on the sideline and watch the year before was really tough but just the fact that he was healthy and able to go and play, and he saved his best for last. He had had a great year, but he was spectacular when we needed him the most—just incredible performance individually by him and a will to win.

"Renfrow his first two games against Alabama he had 20 catches, so I mean, here's a walk-on receiver and you know Hunter is such a humble young man and see him on that stage for the game end the way it did was just special but both of those guys great teammates at the biggest moments on the biggest stage."