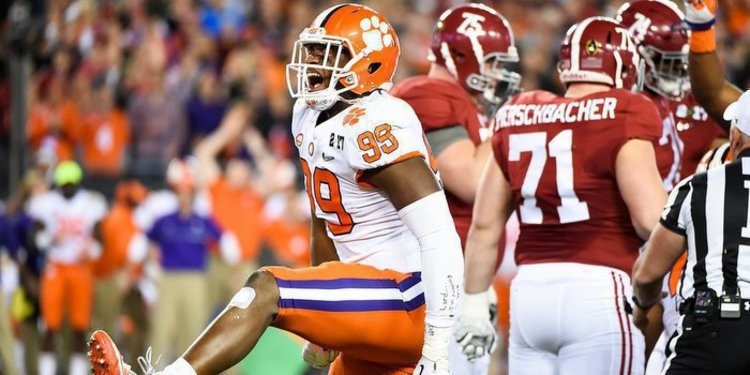 No. 1 Alabama downed No. 4 Oklahoma 45-34 to complete the national championship pairing with No. 2 Clemson on Jan. 7 (8 p.m. ET/ESPN) in Santa Clara, California at Levi's Stadium.

The matchup is between two 14-0 teams and will make for the first 15-0 team in the modern era of college football. This is a fourth-straight meeting between the programs.

The Crimson Tide opened as a 6.5-point favorite over Clemson.

The stage is set, and this matchup looks familiar. ??@AlabamaFTBL vs. @ClemsonFB for the #NationalChampionship Monday Jan. 7 @LevisStadium! #CFBPlayoff // #RollTide // #ALLIN pic.twitter.com/YXKtOTJ5Bd

Alabama and Clemson put on a show the last time they went head-to-head as No. 1 and No. 2 ?? pic.twitter.com/AGlAlPpCKL