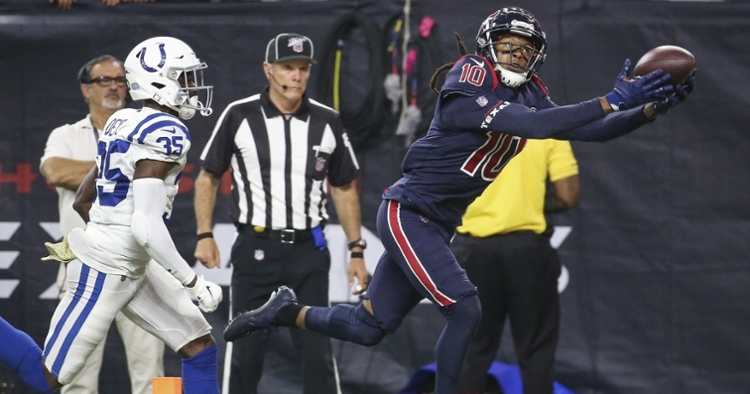 ESPN has announced a Madden NFL 20 Celebrity Tournament, which will feature former Clemson receiver and current NFL star DeAndre Hopkins among more athletes, celebrities and ESPN talent. The tournament will air on ESPN digital and social platforms, including ESPN Esports Twitch and YouTube, ESPN Twitter and the ESPN app before Sunday's championship match on ESPN2. Matches will air each day at noon ET starting on Monday, April 20.

Hopkins is matched up with rapper Lil Yachty in round one.

The tournament, executed and produced with PlayVS and Nerd Street Gamers, is a single-elimination bracket played on the latest installment in the popular EA SPORTS Madden NFL franchise, Madden NFL 20. The winner will receive a donation to Feeding America in their name following the championship on April 26 at 12 p.m., airing on ESPN2 and hosted by ESPN’s own Field Yates and Arda Ocal.

The tournament is also part of ESPN’s commitment to bringing the sports community together through its #oneteam initiative and EA’s “Stay Home. Play Together.” initiatives, helping the gaming community find more ways to connect through play during a time where people need to be physically apart.

The @ESPN #Madden20 Celebrity Tournament has kicked off on ESPN 2??

Who are you picking to win it all? pic.twitter.com/KJYQZxE97b