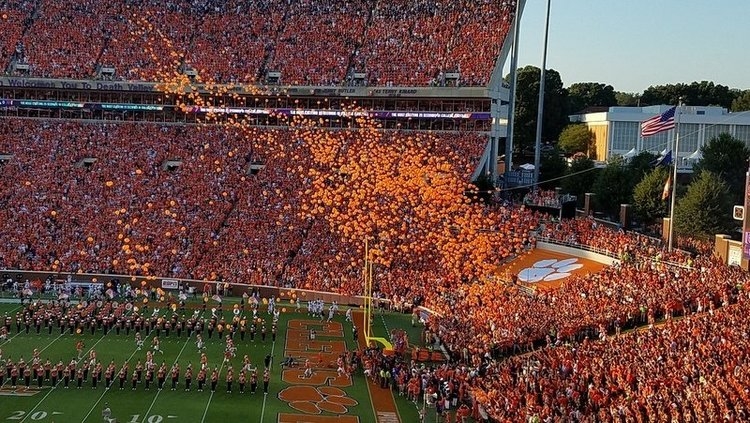 Believe it or not, balloons or lack thereof at football games is still a hot topic around Clemson's campus.

The balloons were a gameday tradition at Clemson football games since the 1983 season.

However, the balloons are no longer part of the "Most exciting 25 seconds in College Football" as environmental groups didn't like the idea of balloons being a danger to the environment, including the loggerhead turtles on the coastline of South Carolina.

A sophomore Clemson student named Brice Rosa is all-in on those beautiful oranges balloons as he has started an online petition to bring them back to football games.

The petition currently has 1,683 signatures as of Friday afternoon.

Check out more about the petition, courtesy of WYFF: