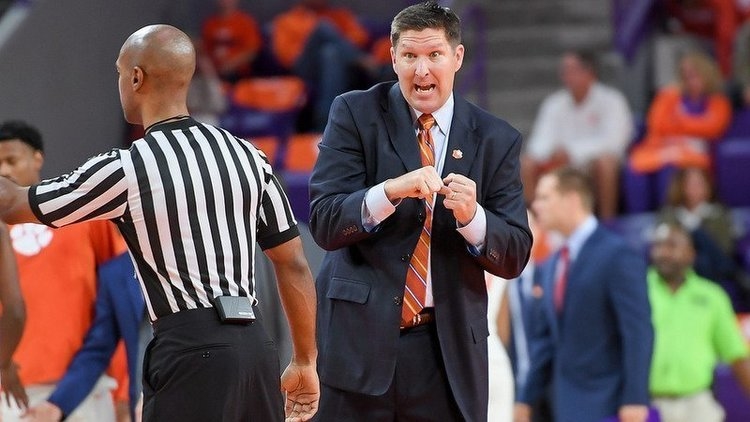 Clemson (6-3) was downed 82-71 by No. 22 Mississippi State in the Never Forget Tribute Classic in Newark, New Jersey on Saturday.

The Tigers allowed Mississippi State to shoot a school record 19 three-pointers (out of 30) during the game. Coming into the game, the Bulldogs were only shooting long range at a 32% clip but it was raining three-point buckets throughout the contest. Lamar Peters had a huge night with a career-high 28 points including eight threes, 2 rebounds, and five assists. In contrast, Clemson only made six threes on the evening.

Clemson was shorthanded without the services of their leading scorer Marcquise Reed who is currently battling a sprained MCL.

Elijah Thomas was solid inside with an impressive 18 point and 8 rebound performance. Aamir Simms showed some of his offensive potential with a career-high 23-points.

Clemson will next host Radford next Saturday, Dec 15 at 3 p.m. at Littlejohn Coliseum.

Clemson vs MSU Box Score
ONE DAY ONLY! Fanatics.com Black Friday Sale 20% off on orders over $75
Comment on this story