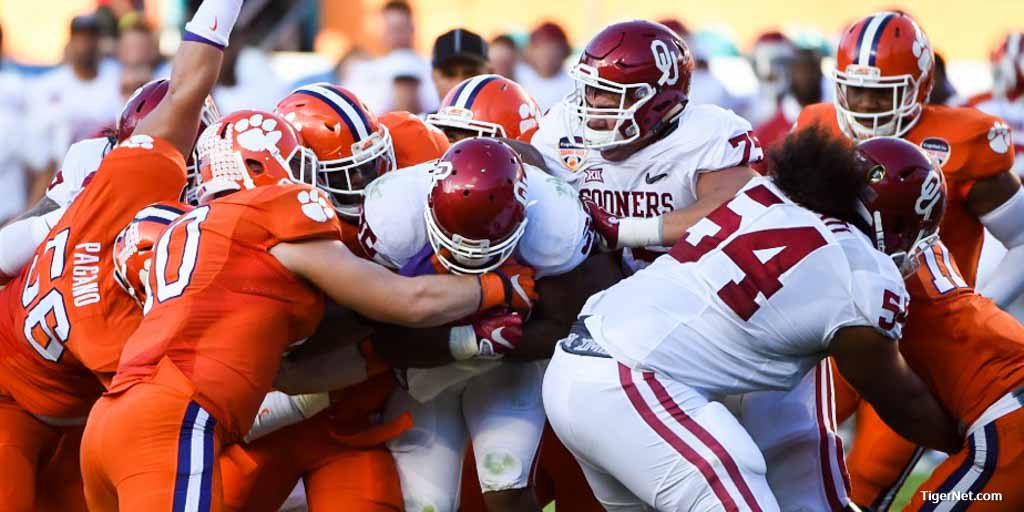 As I have listened to your show over time I have become to realize that we Clemson fans are starting to become arrogant like the SEC fans that we all despise. Arrogance is something that we can't see in the mirror! Please, Clemson fans, let's not become like the league that we despise. Let's try and be great in football but not arrogant like them and start calling everyone else terrible. If we are not careful, we will become just like them. Let's don't cause people to hate us because of our behavior. When we are at the point where we think that going to Auburn and winning on the road there will be easy, watch out! Let's all watch out for our own arrogant spirit because it is hard to see ourselves.

I have learned the value of humility and hope to never forget those lessons. There is a fine line between confidence and arrogance, but I understand Alabama's arrogance and maybe LSU's. But when South Carolina, Kentucky, Vanderbilt, Mississippi State, Ole Miss, Missouri and Arkansas try to ride Alabama's coattails then that is the issue. I think we saw last year and last night how bad the entire SEC East is. Clemson should be confident, but you are right in that there is no place for arrogance.

I saw that the Clemson depth chart has running back has 5-star RB Tavien Feaster off of the first official depth chart of the year. How has he progressed with his injury and will we see him play?

Feaster has had an excellent camp and should be a factor in the offense this season. I am not sure how much we will see him Saturday night, but the first two home games we will see more of Feaster. I would not pay too much attention to the opening depth chart. Let's revisit the depth chart in three weeks.

I teach a social media class at a college here in the state and wanted to let you know you and your blog have been a subject in my classes the last few years. I am not a Clemson fan but use sports websites in class fairly often. Your blog is a textbook example of what is happening in some social media outlets and a great example in my lectures. Let me explain.

Our students find it interesting when I point out the difference in the responses you receive on your blog compared to Facebook. I am not sure if you or your readers have noticed it, but they are complete opposite tones. As we have seen, social media allows users to give opinions even if they can turn mean spirited and feature personal attacks. Your blog gets a few very negative responses from Pickens Tiger or Death Valley Dave but never from Dave Johnson from Greenville, SC. Anonymity is the key.

On Facebook, I rarely see negative responses and never see personal attacks. This is a valuable lesson to our students.

Also, we have used your site and the responses as examples compared to your team's arch rival and how the mood affects the responses on their sites.

I don't get a chance to listen to your radio show and wondered how the callers react to you when they criticize.

I just wanted you to know you are the subject in the class each semester and didn't know if you ever considered the differences.

We would love to have you in as a guest speaker at your convenience. Thanks in advance.

Good one on your screen name. I would be honored to come down to speak to your classes anytime.

I must admit that I am not big on Facebook and don't read it too often. We are lucky to have over 10,000 readers each day, and I know not everyone will like it every day, but I do have a lot of great readers and listeners who make my job very enjoyable.

I have noticed that the emails I receive are usually very positive, and I answer every one. I also notice that the mood is predictably different in Columbia than it is in Clemson right now, but that shouldn't be a surprise.

As far as radio is concerned, I have noticed that callers are less brave than someone who sends an anonymous text into the show.

Tigernet.com has guidelines when it comes to posting, and as long as everyone abides, everything is above board. I have encountered very few who have attacked anyone personally on the radio and the website.

Thanks for the insightful email. Love to come down to visit your class soon.

I keep up daily with all the Clemson Football news, analysis, opinions, etc. but can’t say I remember this question being asked or discussed. That is, first, based upon what I’ve seen, BV tends to run fairly complicated defensive schemes that feature quite a bit of stunts, blitzes and pressure packages. Would you agree?

Second, if so, then my opinion of why we were killed by the busted plays last year is because he’s bringing Safety’s and CB’s up to the line for pressure, blitzes, etc. As you know, this creates situations where the box is stacked and the backfield is undermanned.

When this works, and mostly it has worked for us, it’s great, but when it doesn’t, you get the busted play, since there is little support once the line of scrimmage is broken. So, it’s a “live by the sword, die by the sword” thing. Do you agree?

If so, then it’s not exclusively that our S and CB play let us down/played poorly, it’s also a function of BV’s aggressive defensive schemes. Agee or Disagree?

Yes, I think Venables runs a multiple schemes that could be considered complicated. We do know that he loves to bring pressure and loves to make the quarterback uncomfortable.

No, the issues were missed assignments, not the scheme. The scheme called for those players to be covered in passing situations. What happened is the players busted coverage.

In summary, sometimes Clemson will be susceptible to big plays due to the aggressiveness of the scheme. Part of that was the size and strengths of Kearse and Green. I think this year you will see a more conservative approach with Johnson and Smith at safety.