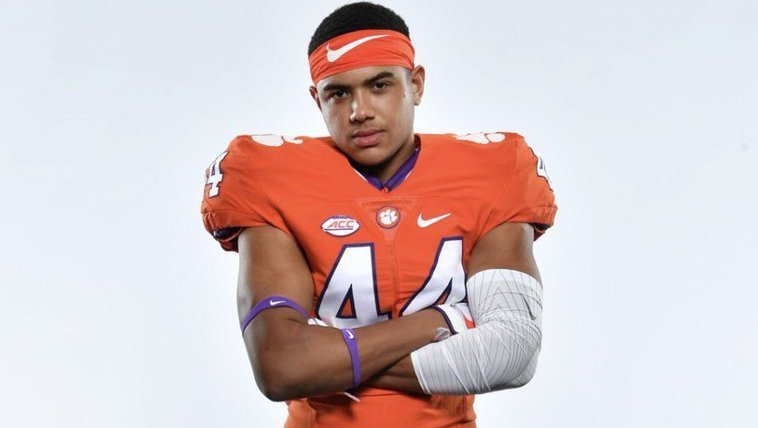 Constantin has Clemson in his top eight

One of the top players out of the state of Louisiana has the Tigers in his top group after a recent visit to spring practice.

Three-star linebacker Bryton Constantin (6-2 220) of Baton Rouge (LA) University Lab was a recent visitor to Clemson for a spring practice and he was impressed enough to include the Tigers in his top eight which he released Monday.

The others on the list are Mississippi State, Ole Miss, Tennessee, Auburn, Florida, TCU, and Houston. All eight of those schools have offered Constantin since the morning of Feb. 22, when Clemson kicked off a major run of offers that included Ole Miss, Mississippi State, Memphis, and SMU joining Clemson.

"I went up there and I had a really great visit," Constantin said. "Coach (Dabo) Swinney is a real respectable man. I had a great visit with Coach (Brent) Venables. I was expecting to have a good time and that's what I had. They really showed me everything about academics and how they have fun up there, just everything outside of football as well. Everything about the school set a light bulb off in my head. Plus, take into consideration they are one of the top schools in the nation."

Venables impressed on Constantin that playing time will be available in the next few years.

"I know that they are losing a lot of linebackers in the next couple of years," he said. "I look at playing time, but I know the defense that they run I would be a good fit because I know Coach Venables is going to put me at the correct position, not necessarily what I want to play when I get up there but definitely something that I know he's going to put me in the right position and I'll be able to sign at that position."

Constantin played both linebacker positions and some defensive end during his junior season and put up monster numbers. He totaled 104 tackles with 23 tackles for loss and six sacks.

"I know they like how I communicate on the field,” he said. “I know more than just my position. I know everybody else's position on the field. They see on my film how I can help my teammates if they mess up. I'm the quarterback of the defense. I can get to the ball fast. I'm long, not like a true middle linebacker. He saw that I can move laterally and get to the ball."

In an interesting note, University Laboratory High sits on LSU’s campus in Baton Rouge, but the LSU Tigers haven’t offered.

"They haven't even offered me. I feel like they will but I just don't think LSU will be a good fit for me," Constantin said. "I want to get out of the state as well. LSU is going to be recruiting me really late and they are going to be late to the party. I just don't see myself fitting in too well over there. But I would definitely take it (an offer) into consideration, I wouldn't just overlook it."

Constantin also has visited Mississippi State. He said he plans to return to Clemson for the spring game. He does not have a timetable on a decision and at this point is not expecting to sign or graduate early.