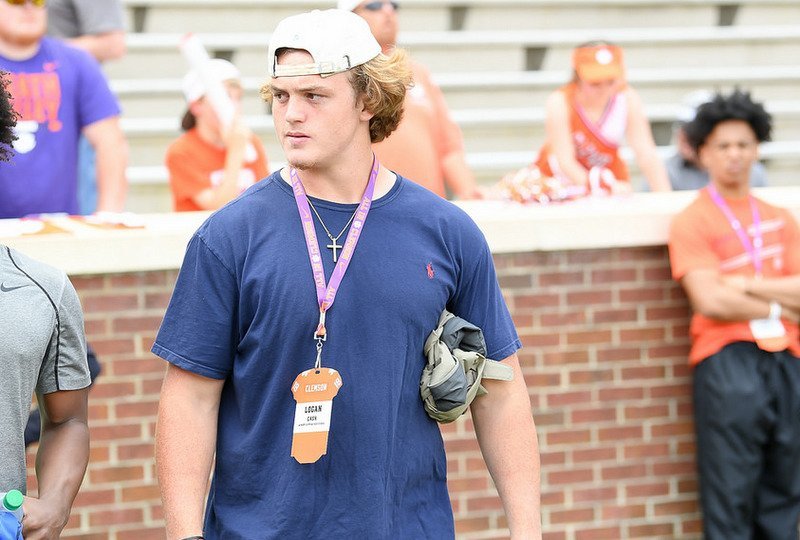 Clemson co-offensive coordinator and wide receivers coach Jeff Scott was busy on Twitter late Thursday night, because, in his words, it was a ‘great day to be a Tiger.’

The Tigers picked up their first commit from the state of South Carolina early in the evening with the commitment of Swansea (SC) linebacker Greg Williams, and the good news continued to pour in as Winder (GA) Winder-Barrow defensive end Logan Cash became Clemson’s 17th pledge for the 2019 class.

The 3-star defensive lineman received an offer from Clemson in May but wanted to give his favorite childhood team – the Georgia Bulldogs – an opportunity to offer during the summer camp circuit.

After the Bulldogs failed to offer, Cash honed in on the 17 schools that did offer including Michigan State, Virginia Tech, NC State, Georgia Tech, Duke, Ohio State, Washington and West Virginia. However, Clemson stood out above the rest.

"I've kind of known since the third time I visited that it was a place I definitely was going to consider, and the fourth time I visited I pretty much knew but I just wanted to take time and make sure of that decision," Cash said after his commitment. "I spoke with some players, and they told me how great it is. I spent some more time with the coaches. That just sealed the deal."

Cash wasn’t sold on just one aspect of Clemson.

"I loved it, it was great," Cash said. "Definitely the atmosphere stood out and how it's all family. And the facilities."

At 6-3 and 252 pounds, Cash isn’t sure where he’ll fit in on the defensive line, but the Clemson coaches have told him that they will use him at both defensive end and defensive tackle.

"It definitely means a lot," he said. "I hope I can get in the mix. I can't thank them enough for the opportunity. I'm going to be a jumbo player. They've been telling me I can play D-tackle and D-end. I just want to play wherever I'm the best fit."

Cash led the state of Georgia in sacks as a junior with 23.5. He totaled 101 tackles and 40.5 tackles for loss last season.