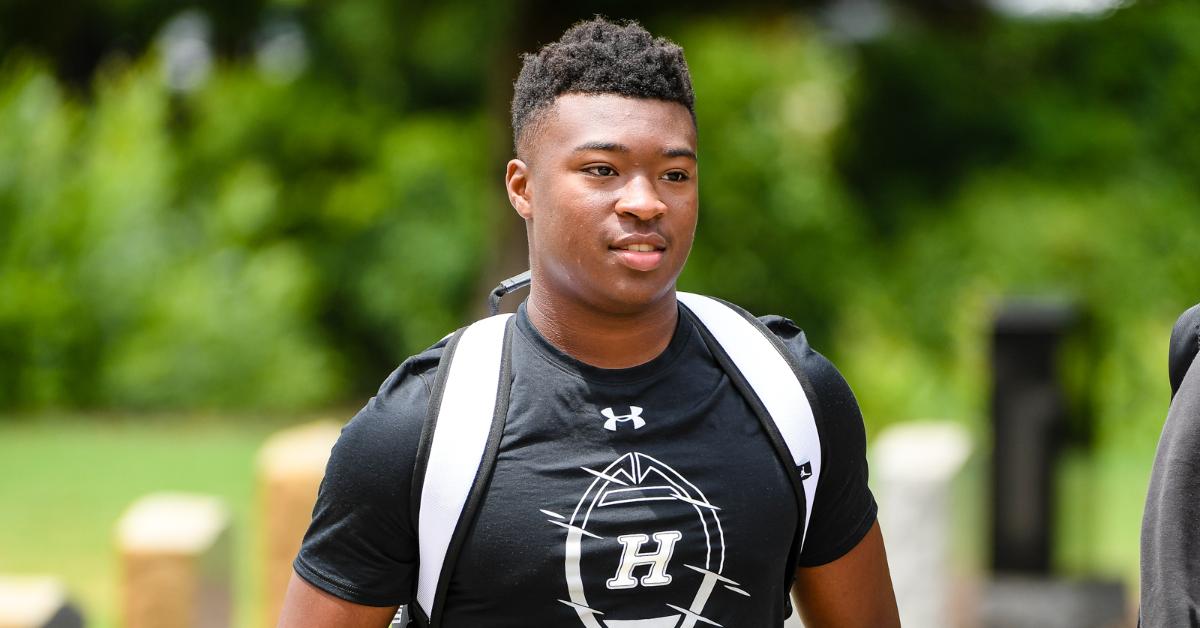 Pryor works out in front of Tony Elliott last week

Evan Pryor was one of the standouts on the field at Dabo Swinney’s high school camp last week, but he’s just as impressive off the field.

Pryor is a 4-star running back out of Cornelius (NC) Hough that currently claims 28 offers, including Georgia, Ohio St., Penn St., Auburn, Michigan, and Texas A&M. Pryor worked out for three days under the tutelage of running backs coach Tony Elliott and the watchful eye of Swinney, the Tigers’ head coach in the hopes of obtaining a coveted Clemson offer.

“It was good seeing how he (Elliott) coaches and getting to know him better as a person and not just as a coach was good. I liked it,” Pryor told TigerNet. “I liked having (Grayson RB) Phil Mafah there - it brings out the best in both competitors and makes you put your best foot forward. Especially in front of a team like Clemson. They have Coach Elliott there and Coach Swinney riding around. I think it served us both well.”

Pryor said he would notice when Swinney would stop by but it didn’t derail his focus.

“It doesn't make that big of an impact, because you should be going hard regardless of who is watching,” he said. “You always have to be going hard and staying focused. It feels good to know that you are being looked at by a team like Clemson, so when someone like that pulls up you know you have to do what you have to do.”

Does he think he did enough to get a Clemson offer? 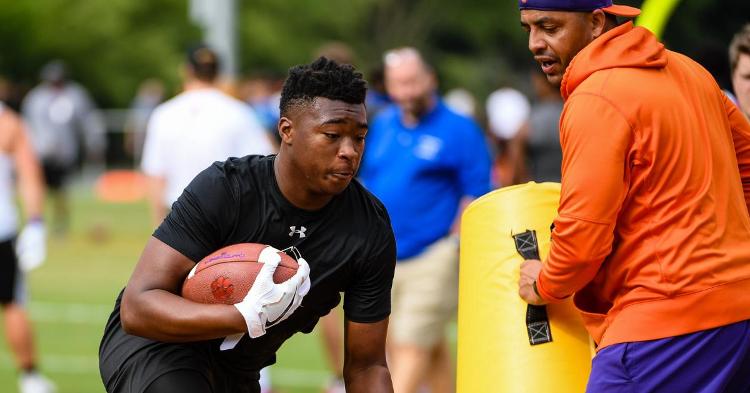 Pryor works out in front of Tony Elliott last week"

“I do believe Clemson will offer. But, at the same time, it's not something I think about. I just have to keep my head down and keep doing what I do,” Pryor said. “Coach Elliott says as long as I stay focused and stay on top of my books and grind then it will come. He told me that it was important to stay on top of my books. He is slow flipping into the 2021 chapter, and they are only taking one running back in the class and he wants me to stay patient on it. He thinks I have a chance to go there.

“If Clemson was to offer they would be right there at the top with an elite list of schools for me. I really like Clemson.”

He said the Tigers still have time.

“There is no specific time for me to commit, but I do want to commit before my senior season,” Pryor said. “I want to go into that season and not have to worry about recruiting.”

One highlight of the trip was seeing Clemson’s football facilities.