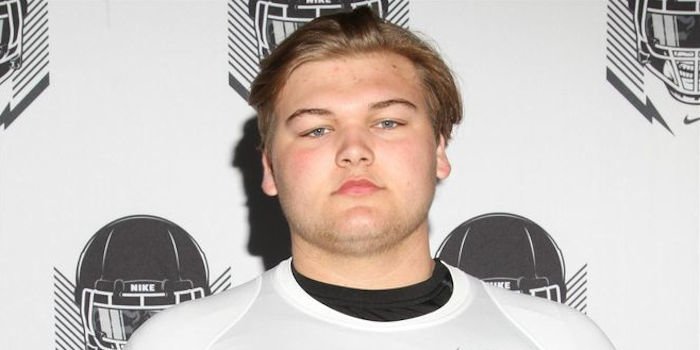 Clemson linebacker commit Mike Jones, Jr., has been friends with 2018 5-star offensive tackle and Tennessee commit Cade Mays of Knoxville (TN) Catholic since the two were children and Jones has been working hard to see if he can get Mays to visit Clemson.

Jones didn’t get Mays to promise one visit. He got two.

Mays is the nation's No. 2 tackle prospect, a Tennessee legacy and a long-time commit, so getting Mays to leave Rocky Top would be quite an achievement. However, Tennessee head coach Butch Jones and his coaching staff appear to be in trouble, and both Clemson and Alabama have kept in contact with the 6-5, 300-pounder.

The Tigers pulled wide receivers Tee Higgins and Amari Rodgers out of the Volunteer state in the 2017 recruiting cycle, and Jones is trying to make sure his friend explores all of his options.

“That’s my boy. I’ve got a good feeling about that one,” Jones told TigerNet this week. “Our families have been great friends for years, and Tennessee isn’t doing so great, so, who wants to get their head busted in for four years? You’ve got a great team (Clemson) three hours from Knoxville that is competing for national championships, plus I wanna play with my brother. We’ve been cool since forever. I just constantly kept poking at him with it. Some of the rumors about the coaches at Tennessee getting fired, that kind of swayed him a little bit to come and take a visit. I feel like once you take a visit, we’ve got you.”

“I’m good friends with Mike, and he’s talked me into coming to visit,” Mays told TigerNet. “Obviously, they’re a great program and have things rolling so I want to come back and get an in-depth look at the program.”

“It’s hard not to be drawn to a national championship-caliber team,” Mays told TigerNet. “Coach (Dabo) Swinney has done great things since he’s been there, and my former teammate Amari Rodgers loves it there and has told me about the culture and how it’s awesome to grow as a player and as a person.”