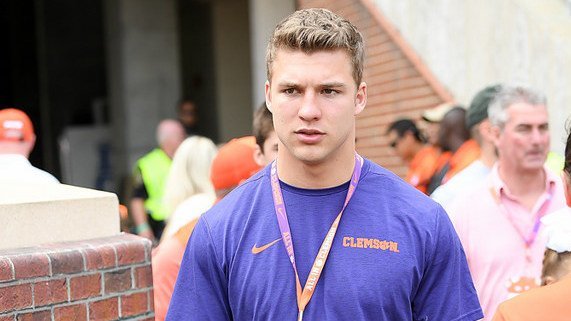 Maguire will announce his decision at noon on Friday

Linebacker Keith Maguire of Malvern (PA) Malvern Prep plans to announce his college decision at high noon on Friday, but he knew where he was headed Wednesday.

The 3-star’s finalists include Notre Dame, Ohio State, Clemson, Alabama and North Carolina. Notre Dame was an early favorite, but a recent visit to Clemson has the Tigers squarely in the mix.

"Once I make my decision, I'll be done," said Maguire. "I'll be 100-percent committed to that school."

Maguire said he knows where he is going and Wednesday morning he called the winning coaches and formally committed. From the final list of five, he narrowed his choices down to two before making a final decision.

"I feel great," Maguire said. "I'm 100 percent in and excited to get it done with and be able to just grow from here with the school and the coaches, and build bigger relationships and get to the school more and see what it's like."

Maguire said on his phone to call to the coaches he spoke with his future head coach and position coaches and gave them the news.

Maguire visited all of the schools on his short list, including two trips to Clemson. He said the decision came down to where he felt the best with the coaches and players.

"I really think the relationship with the coaches and being able to get to know the players for what they are," Maguire said. "And what the school's like and what it would be like to be a player there, the school itself, not just the football."

Clemson has other interests at Malvern Prep. On Wednesday the Tigers offered Maguire's teammate, offensive tackle Jake Hornibrook whose brother is the quarterback at Wisconsin.

"We were all excited for him to get the offer from Clemson, that's a big one for him and I think he'd like it there."