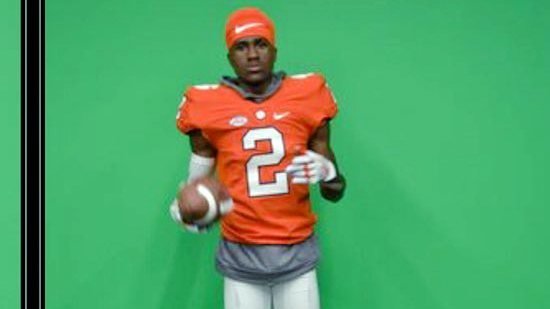 Defensive back Dequanteous Watts currently holds double-digit scholarship offers but hopes a recent visit to Clemson adds the Tigers to his list.

Watts visited the Clemson campus Wednesday for an unofficial visit and hopes that defensive backs coach Mike Reed will soon deliver news of an offer.

"He said he liked me and all that stuff and he just wants to build a relationship with me then in a few weeks I think they are going to offer me," Watts said, adding that he has yet to hear from Reed but hopes to. "He said he liked my height, my weight and that I'm very fast."

Watts said he toured the campus and the facilities and was impressed by what he saw.

“I liked it a lot,” he said. “I can really see myself fitting in there but once again I’m open to any school. And coach Reed says he wants to build a relationship before he just throws an offer out.”

Watts said he won't sign until February and right now there is no favorite. He plans to drop a top 5-7 in early July.

“Right now I am open to any school,” Watts said. “I can’t make it back to Clemson this summer for camp because I have a busy summer. But I hope to make it back.”

Last season he had 20 tackles with three interceptions with one returned for a touchdown.