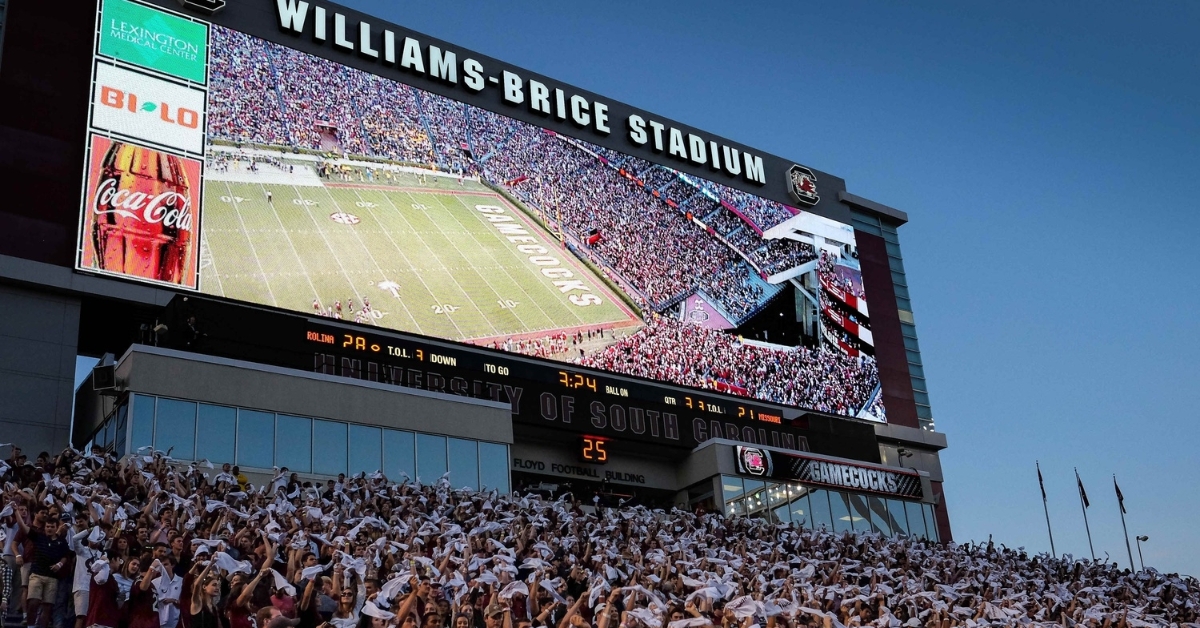 CLEMSON – Clemson head coach Dabo Swinney has a stern message for any fans who want to throw things at players and coaches at a college football game – it’s a game and people shouldn’t lose perspective because of their passion.

"The Tigers put us in a tough position as well," Ellis said. "One of the things that they do, and God bless them what they want to do in pregame they do, is grasp those arms and they walk from midfield towards our student section. Maybe that is something they could modify if they felt like it was provoking them in some way."

Two years ago, South Carolina students in the endzone facing the Walk of Champions threw dozens of objects at the coaches and players as they completed the walk.

Swinney made a few remarks about the situation during his call-in show on Monday and then doubled down on his response to Ellis – and those who want to throw things – during his press conference Tuesday, saying it’s all about team unity and not about taunting.

“There's really not much else to say. I think that's ridiculous. 2015, 2013, 2011, 2009, 2007 - that's what Clemson has done for 17 years that I've been here. It's just ridiculous,” Swinney said. “It's not any type of taunting. It's a unity thing for our team. It's something we do every single game - home and on the road. If it was something we just did on the road, I could see that. It's just who we are and it's what we do. I don't think anybody should be distracted by how a team warms up and how a team gets themselves ready to play a game.” 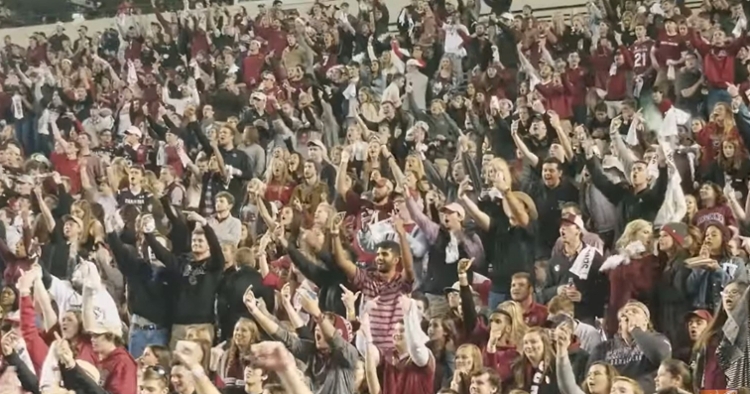 Swinney said throwing objects is dangerous and could cause a serious injury.

“The bottom line is you can yell, scream and holler. I think that's just part of it, but when you start throwing things, it's all fun and games until somebody gets their eye knocked out,” he said. “That's why I got frustrated a couple of years ago and really lost my cool and got a penalty. There's a major lawsuit in the NFL because a guy threw a flag and hit a guy in the eye. A flag and it about blinded the guy. Now, all of a sudden you've got things coming out of the stands, whether it be bottles or batteries, whatever it may be. I know a bunch of great South Carolina people. I've got friends who are South Carolina people. It's not representative of who they are. It's just a few people that just don't handle themselves the right way.”

He then said he understands that rivalry games bring out the passionate side of the fans, but everybody has to keep their perspective and realize it’s still just a game.

“It's great spirit. You want to have a great spirited competition. It's a rivalry game and you get that. It's emotional. But, that's dangerous and it's not something you should do,” Swinney said. “To suggest that it could be okay because of something a team is doing, that's ridiculous. Basically, if somebody is flipping me a bird, does that mean I can throw something at them? I get a lot of those. Not just from South Carolina, I get them a lot of places. There's a lot of stuff but sooner or later, people have to be adults. It's a game. This is a game and I know it's important. It's an important game for both sides. Everybody is passionate about it but there's right and there's wrong and we shouldn't lose perspective because of our passion for a game.”