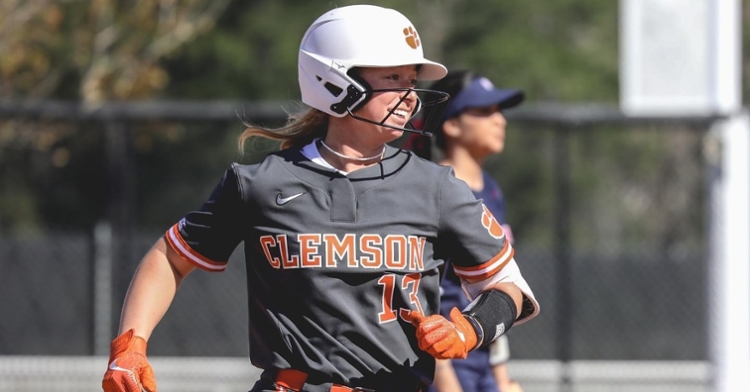 CLEMSON – Softball has arrived in Clemson.

Clemson is set for its inaugural home opener – a doubleheader against Western Carolina – on Wednesday, Feb. 12. First pitch is scheduled for 2:30 p.m. Wednesday’s matchup against the Catamounts is slated to be the first-ever softball game to air on ACC Network and the first home game in program history.

“It was a very special opening weekend for us, and the excitement and buildup to that moment was a pretty awesome experience to be a part of. We played five games in Florida and went 2-3 and very easily could have come back 3-2,” head coach John Rittman said. “As a coaching staff, we were looking at what we needed to work on moving forward. You try to prepare the best you can for that opening weekend and put them in situations that they possibly will be in. But until they actually play in games, you don't know how your players are going to react to certain situations.

“Certainly, we learned a lot about our ballclub. Going 2-3 the first weekend against some good competition was a good start for us. So we are looking forward to opening up at home against Western Carolina and putting the lessons we learned last weekend to use tomorrow. “

Rittman said the big outburst against St. John’s took the pressure off his club.

“I felt like our team was pressing all weekend. We certainly had a lot of extra things to think about with the first game in program history and who would get the first hit and the first home run and when we would get the first victory,” he said. “Everything was history. After the first pitch, the ball came out of play. After the first hit, the ball came out of play. I felt like our team was trying to make history all together at once and I felt like we were pressing a little bit. We had played in a couple of tight games and a couple of blowout losses.

“On Sunday, we got the monkey off our back and we quit pressing. We were down five runs and it was almost like the team said enough is enough, let's go play like we are capable of playing. It kind of released the pressure and we started swinging the bats and playing like we are capable of.”

“The main focus is on how we are going to do our routine,” Rittman said. “We have experienced life on the road and you have a routine when you are on the road with the hotel and pregame meals and now it's really about what our routine will be like at home. We certainly have talked about it and have an itinerary for it. But until you've lived it and experienced it, it will all be new to us. The big thing is we soak this up and enjoy making history and being a part of history but at the same time remember we are playing the game of softball we've been playing our whole life and we want to go out and compete and we want to win.”