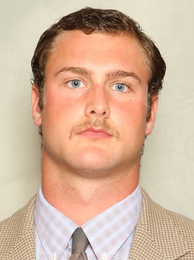 Before Clemson: First-team All-Southern selection by Orlando Sentinel ... No. 53 tight end in the nation by Scout.com ... All-Southeast Region pick by PrepStars ... No. 14 player in Tennessee by SuperPrep ... coached by Ricky Bowers at The Ensworth School ... recruited by Dan Brooks ... chose Clemson over Duke.