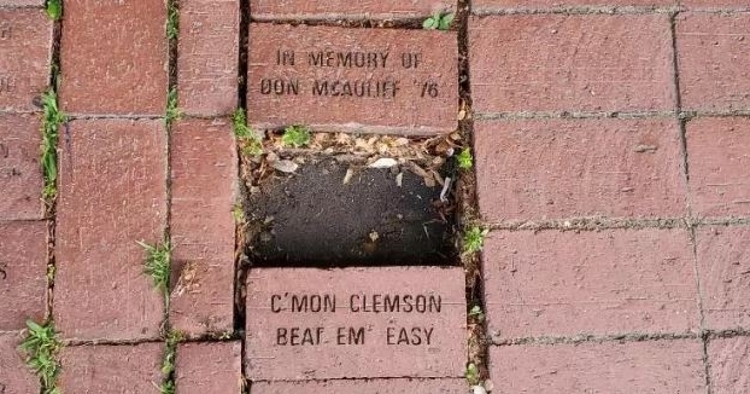 A brick was stolen at the Esso Club on Sunday afternoon (Photo credit: Esso Club)

A special memorial brick outside the iconic Esso Club was stolen on Sunday afternoon.

It was a memorial brick on the patio bought by the family of Don McAuliff, a Clemson graduate from 1976.

The owners of the Esso Club have security footage of the incident but would like the brick thief to return the property without having to get the police involved.

The brick bandit should certainly return the meaningful brick as it pays homage to Don, who was a diehard Tiger.

If you see a random brick in the local area that has something about pork chops on it, you may have just found the missing one-of-a-kind brick.