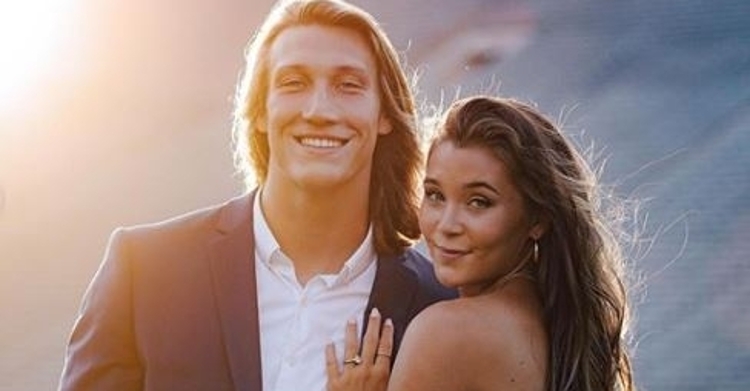 Trevor and Marissa are getting their registry filled by Jaguar fans

Trevor Lawrence got married to his long-time girlfriend Marissa Mowry on Saturday in Bluffton, S.C.

To celebrate, the fans of the Jacksonville Jaguars found their wedding registry and started off by raising money to buy them a fancy $299.99 toaster.

“My buddy Cap (@BoldCityCap) kinda kickstarted the idea. He tweeted at me about buying a few things and sending it as a collective ‘to you, from us.’ Welcoming him and his soon to be—current—wife to Jacksonville,” superfan Eric Dillard told the Jaguar Report on Sunday.

The money kept rolling in, as of Sunday morning, they passed the $6,250 mark.

Dillard eventually got in touch with Lawrence's agent, and they decided they will make a donation to a charity with all the money on Trevor's behalf.

"The fan base is enamored with Trevor because everyone genuinely feels like he’s that unicorn QB prospect,” said Dillard.

Fans have continued to buy the young couple a few necessities like pillows, a vacuum, and a chopping block.

Tigers swept at Georgia Tech, falls back to even in ACC play
Post your comments!