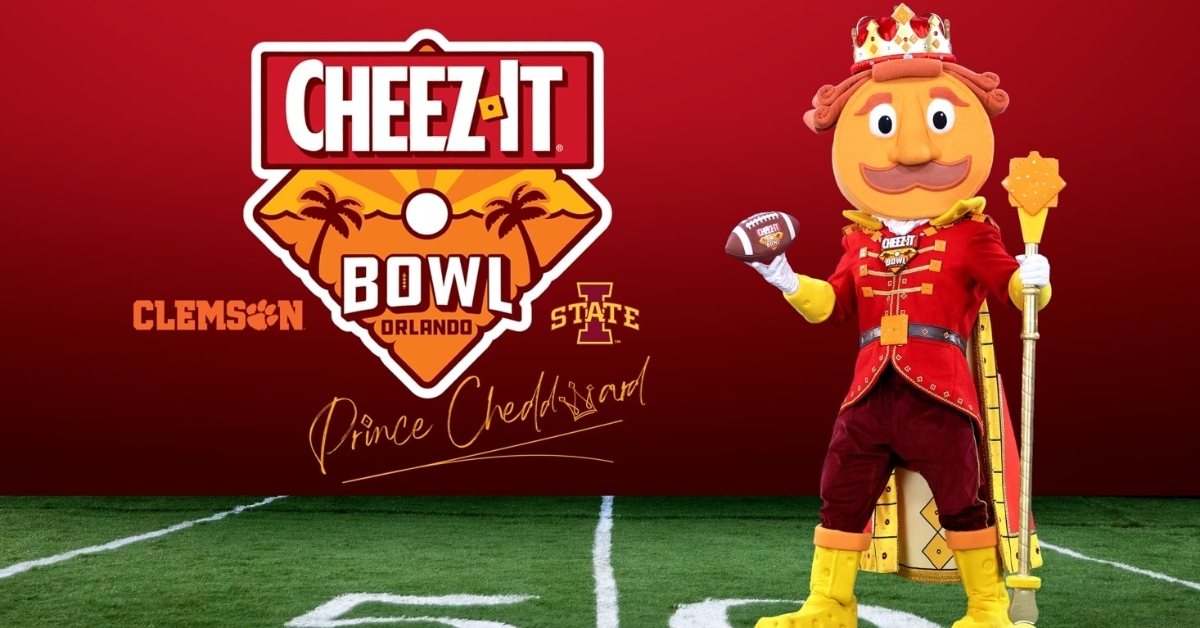 For the first time ever, Cheez-it is getting its own mascot called Prince Cheddward, the official mascot of this year's Cheez-It Bowl.

The swagged-up prince has a crown-topped cheese wheel head and a royal Cheez-It scepter for all to admire.

"He's royal, he's loyal (to Cheez-It of course), and he'll be on-site at the bowl game to cheer, chant and cheese for an exciting matchup between Iowa State and Clemson," a Cheez-It official said.

The Cheez-It bowl featuring Clemson and Iowa State will be played on Dec. 29th at 5:45 pm ET on ESPN and Prince Cheddward will make his much-anticipated debut.

"The @CheezItBowl can’t get more satisfying." We beg you, hold our beer cheese. Presenting His Royal Cheezness Prince Cheddward. Don’t miss a moment of the Prince’s game 12/29 on @ESPN, for he so loves to make an entrance. pic.twitter.com/h7Q7uxujpI