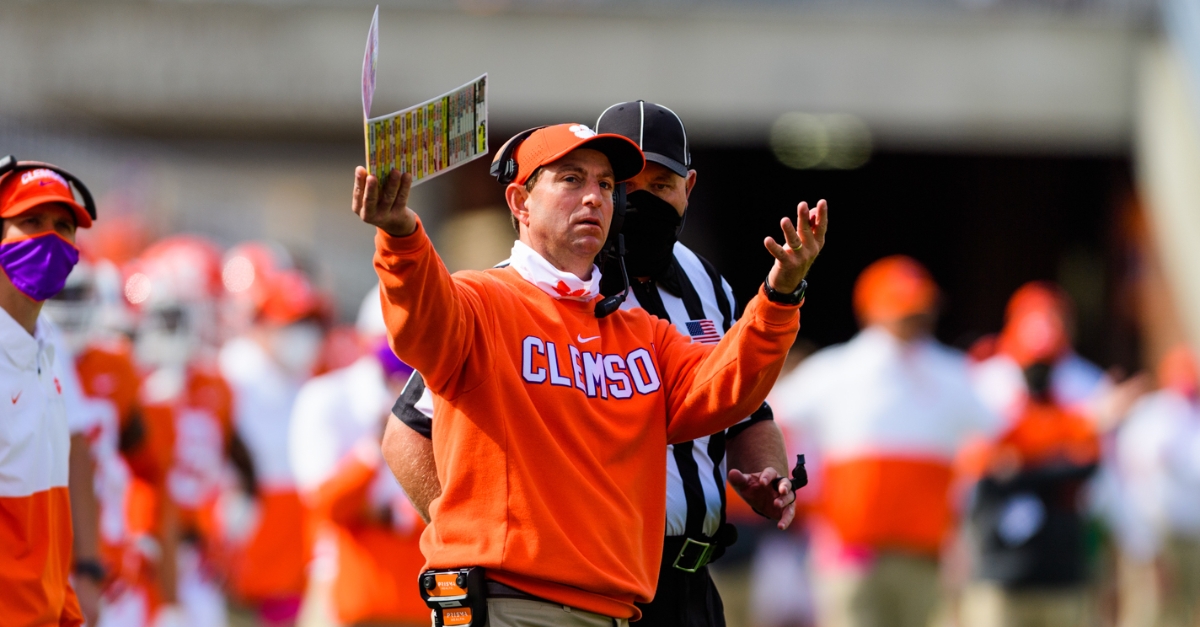 Clemson is favored to take the opener. (ACC photo)

Summer is approaching, and while there are still a few months to the game action, it's not all that far away.

Clemson is currently a 3-point favorite over Georgia in the Sept. 4 opener in Charlotte, which will likely pit a pair of top-5-ranked teams in the AP Poll.

247Sports' 'Way-too-early' prediction on Tuesday is picking an upset, however, taking the Bulldogs, 31-24.

"The best game of Week 1 in college football pits two potential Playoff teams going at it in Charlotte for early bragging rights," 247Sports' Brad Crawford writes. "This one features two Heisman contenders at quarterback who will be matched up against veteran-laden defenses that should rank inside the nation's Top 10 at season's end. It's hard to imagine both of these teams reaching the final four given the rest of the road for each, so the winner of this game certainly has a leg up on the other. The winner vaults closer to Alabama at No. 1 in the Week 2 rankings as well."

Clemson is favored by 4.5 points in the ESPN SP+ model.

The teams will meet for the first time since a home-and-home series in 2013-14 where the home teams each won.