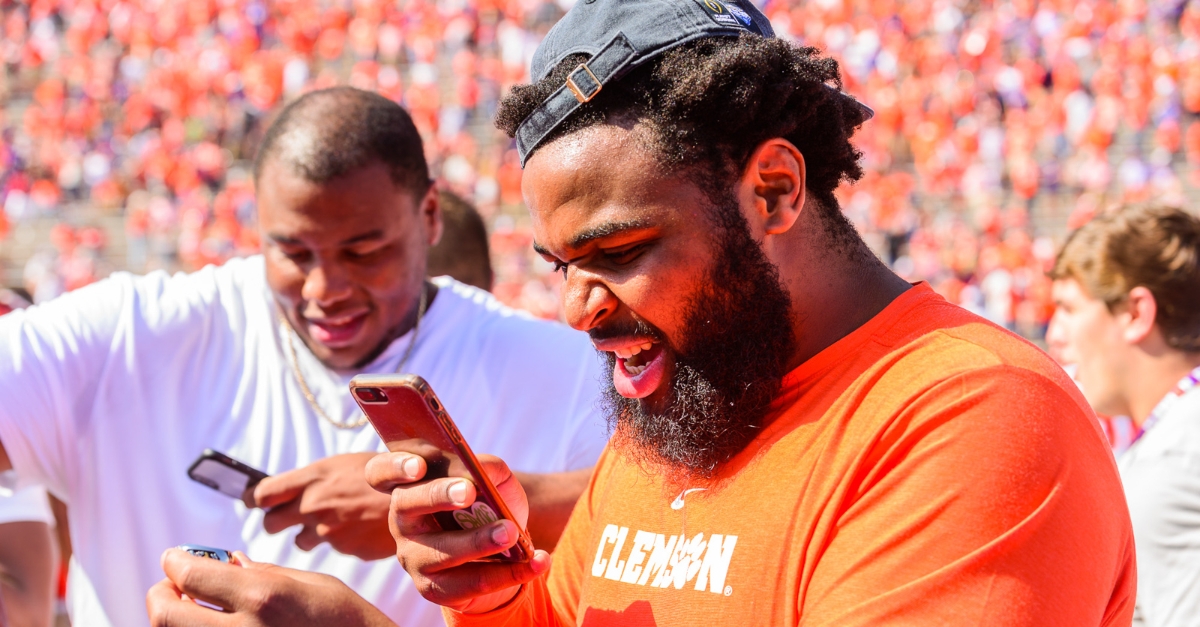 Christian Wilkins has had some fun at the spring game over the years, but he's yet to back a winning team in it.

CLEMSON – Christian Wilkins needs a spring win in the worst way, and Saturday gives him yet another chance.

Clemson held its final practice ahead of Saturday’s Orange and White Game, and head coach Dabo Swinney was full of news and notes.

Wilkins will act as an honorary coach for one of the teams while Austin Bryant will coach the other side. Wilkins, as Swinney noted, was 0-3 in spring games during his Clemson career and 55-4 in games that counted. Should Wilkins lose (thank you Tim Bourret for the help), his spring game loss total would match his overall loss total in 59 other games.

*Wide receiver Beaux Collins (hamstring) won’t play but will instead coach the wide receivers on one team, along with EJ Williams. Tight end Davis Allen will also coach tight ends on one of the teams. Will Shipley and Kobe Pace are coaching the running backs for one of the teams.

*Running back Phil Mafah won’t play for both teams, and Swinney said we will see a lot of Domonique Thomas and Kevin McNeal and Tristen Rigby and Wise Segars. 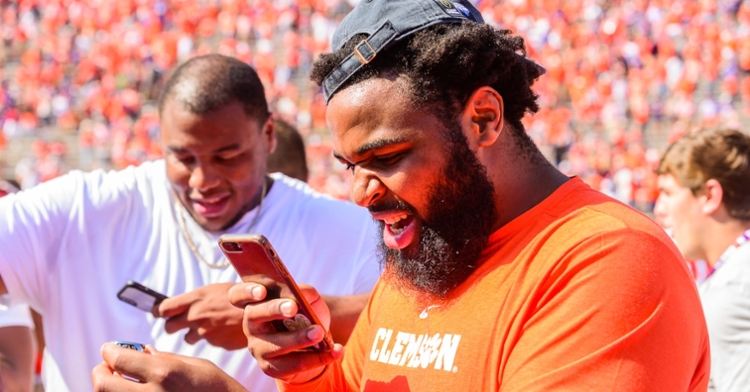 Christian Wilkins has had some fun at the spring game over the years, but he's yet to back a winning team in it."

*Defensive tackles DeMonte Capehart and Payton Page will see a lot of reps this weekend.

*Swinney updated the status of wide receiver Adam Randall, who tore his ACL last week and will have surgery Thursday.

“He just stuck his foot in the ground,” Swinney said. “That’s pretty much how all of these ACLs happen that I’ve seen in my career. Most of the time, it’s non-contact. It’s like, ‘Wow.’ But the good news for Adam is it’s best-case scenario. A lot of these ACLS, there’s multiple ligament damage, and his was completely isolated. Very clean. No swelling at all. So that’s why he can do surgery in the morning.

“He’ll be back. They won’t cut his leg off. He’s still going to have a great freshman year. He’s going to be just fine. He’s just got to redirect his focus in the summer than what it would’ve been. He’s got to really grind and get through the rehab, but he had a great spring. He’s going to be very confident from that. He’ll be back ready to go.”

*Swinney was complimentary of linebacker Keith Maguire, saying Maguire is ready to take his game to the next level.