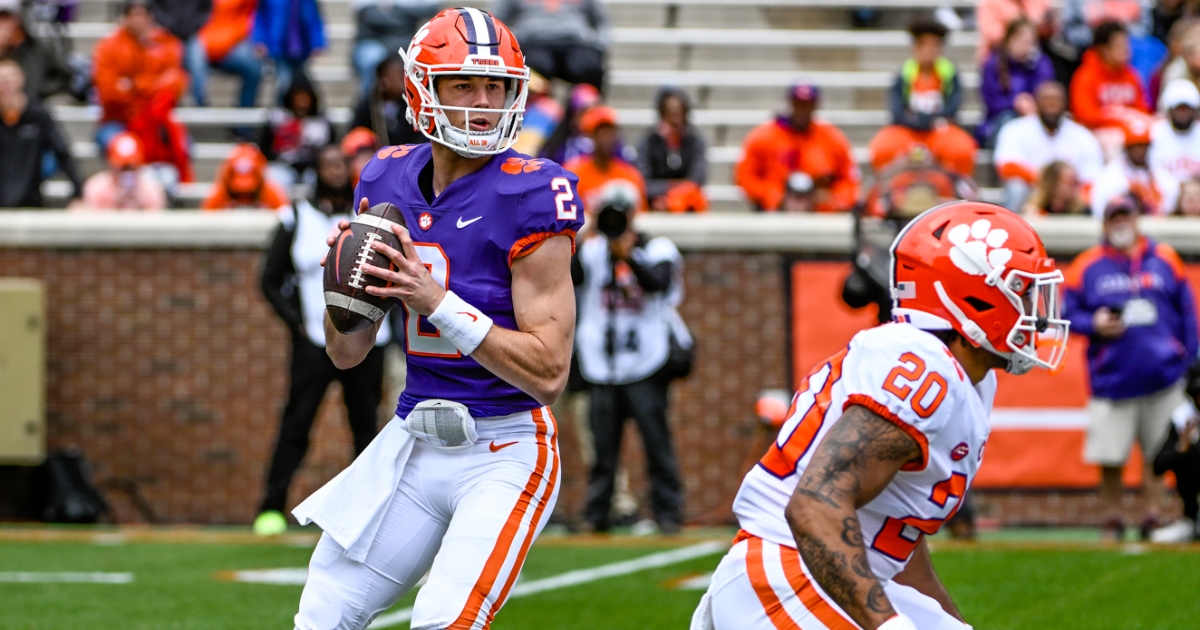 In a game dominated by both defenses, a nine-point fourth quarter gave Klubnik’s White team a 15-7 victory over the Orange team in the spring game. Klubnik threw the game’s only touchdown pass and finished the day 15-of-23 for 106 yards and that touchdown with no interceptions.

Incumbent starter DJ Uiagalelei was 17-of-36 for 175 yards with an interception. That interception, which came in the second half, midyear enrollee Sherrod Covil Jr. picked off the pass and gave the White team the ball at the Orange 10-yard line. Three plays later, Klubnik hit wide receiver Hamp Greene for a seven-yard touchdown pass to give the White team a 12-7 lead.

Swinney said he was pleased with Klubnik’s play during the game and overall this spring.

“The best thing is to be exposed and gain experience,” Swinney said. “He had a lot to learn this spring and came out here and got a good foundation. And playing in an environment where you can't hyperventilate the first time you play in this type of environment; you have something to draw on.”

The quarterbacks wore purple jerseys, which meant they were tackled if only touched by a defender. That leads to a lack of big plays from quarterbacks running the ball, but it also leads to a sense of complacency because they know they can’t get drilled by a furious defensive end coming off the edge. 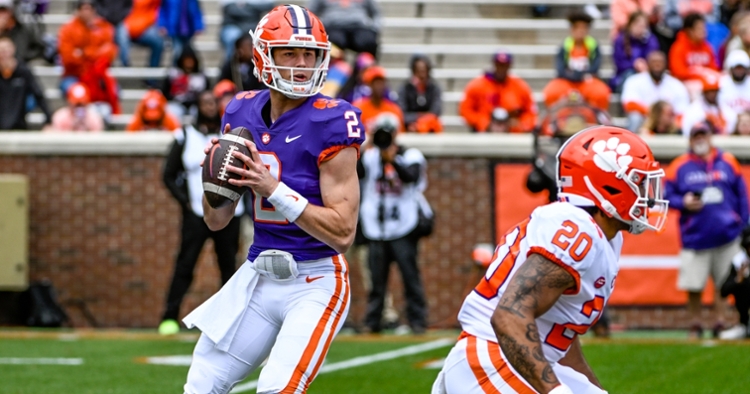 “He did great. I thought he did really good. He took too many sacks. He has purple jersey syndrome,” Swinney said. “I told him I am going to let them loose a couple of times and he will get a little more sense of urgency when Myles Murphy smashes him a couple of times.

“There were a couple of guys he just didn't see because we whiffed on a guy or whatever. He took a sack in the redzone on a safety blitz, and the unblocked guy is his guy. He is just going to grow. He is one of the most self-driven kids you are ever going to be around. He just keeps getting better and he will keep learning.”

Klubnik uses his speed to get away from defenders, something that is easier to do in high school than it is in college.