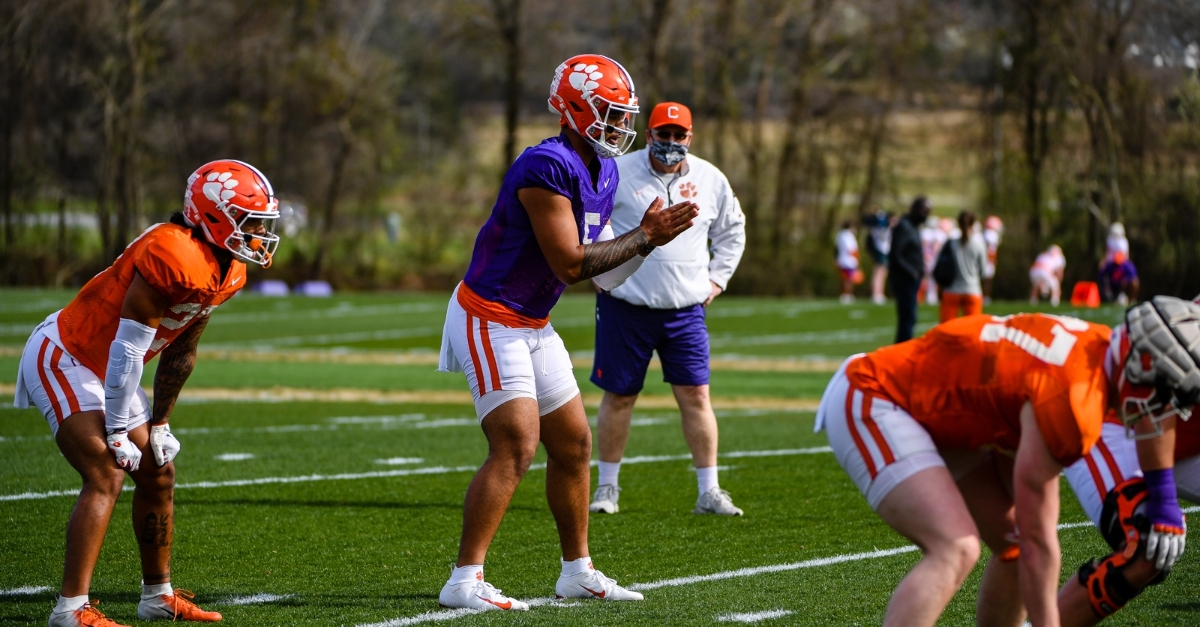 There is nothing like a warm spring afternoon on the football practice field.

The Clemson football team returned to practice Monday afternoon after a 10-day hiatus for spring break. The practice is the 10th for the team, and the spring will conclude with practice number 15, also known as the spring game. That means time is short as head coach Dabo Swinney and the coaches take a look at their roster, and a few members of the media were allowed in to watch the first few periods of the practice.

Here are a few of our observations:

*It looks like safety Andrew Mukuba has changed his jersey number to 1. Mukuba originally was wearing No. 26, but with the departure of Derion Kendrick (who wore 1), Mukuba now takes over that jersey. Mukuba also spent time returning punts during the early part of practice, along with Will Shipley, Will Brown, Will Swinney, Justyn Ross, and Mikey Dukes.

*Wide receiver Brannon Spector looked like he is out Monday.

*Nickel Malcolm Greene was back at practice – they’ve decided to get one more practice out of him before doing surgery later this week.

*Quarterback Taisun Phommachanh was back at practice after missing time due to COVID protocols.

*Kicker BT Potter spent time punting, something we haven’t really seen him do.

*Andrew Booth and Ruke Orhorhoro spent the early part of practice running laps around the field.

*Wide receiver Justyn Ross, as expected, is still in yellow (can participate in all drills but no contact).

*Today marked the first time we have seen new offensive development coach Cole Stoudt (who is here to work with the quarterbacks).

*The first team offensive line had Jordan McFadden at left tackle, then Bockhorst at left guard, Hunter Rayburn at center, Will Putnam at right guard, and Walker Parks at right tackle. The second-team, from left to right, was John Williams, Bryn Tucker, Mason Trotter, Paul Tchio, and Mitchell Mayes.

*Tight end Jaelyn Lay was back at practice and took second-team snaps at his position.