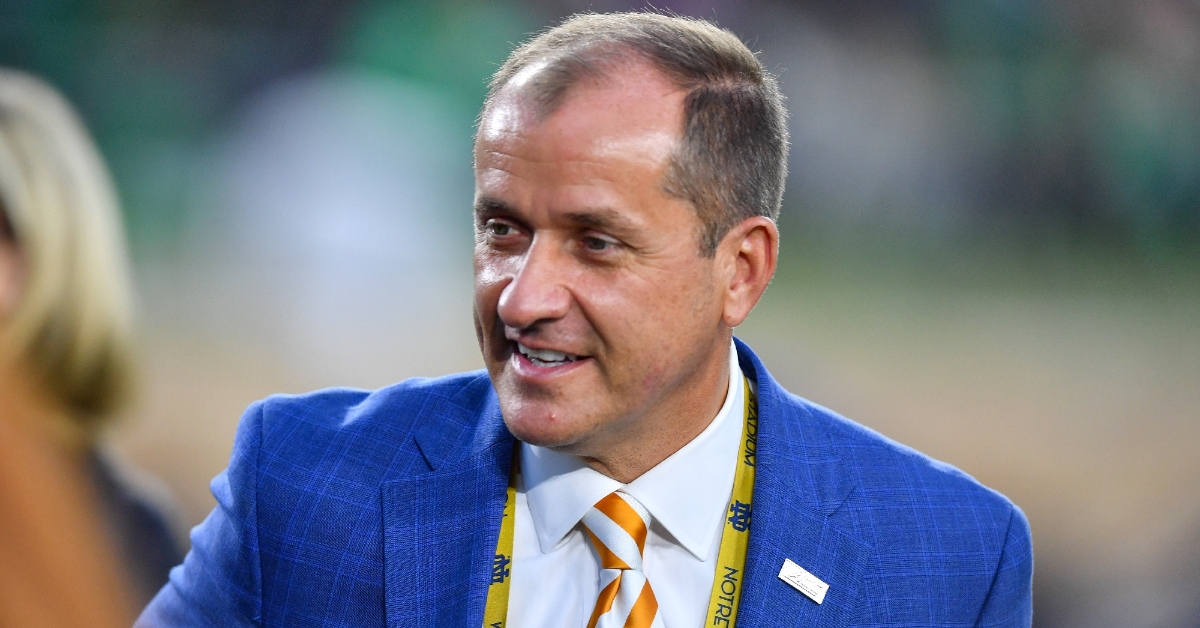 Jim Phillips and the ACC have to navigate possibly the toughest days ahead yet for the league. (Photo: Matt Cashore / USATODAY)

News of Southern Cal and UCLA joining the Big Ten for the 2024 season has rattled the college football world. While they aren’t the biggest programs to change conferences in recent years, it seems like the biggest domino to fall for several reasons.

College football programs have been changing conferences and realigning for a century, but never has it been so unabashedly about money or happening at the rapid pace it is now. The Big Ten went 50 years – from 1953 when they added Michigan State to 1993 when they added Penn State – without changing their conference makeup. When schools were added, they were generally from the ranks of independents. South Carolina left the ACC due to conflicts with the Tobacco Road schools and went independent. They remained that way for over two decades before the SEC brought them aboard. Georgia Tech played for 19 seasons as an independent between their time in the SEC and ACC. Florida State was an independent for 41 years before joining the ACC.

In more modern times, conferences have become more cutthroat. The Big 12 (then the Big 8) crushed the Southwest conference by poaching Texas, Texas A&M, Baylor, and Texas Tech. The ACC did the same to the Big East by taking Miami and Virginia Tech in 2004 and Boston College in 2005. The Big Ten took Nebraska, the Pac-12 took Colorado, and the SEC took Texas A&M and Missouri from the Big 12.

While those moves had their controversy, none of them seemed to spell any serious trouble for the overall health of the sport. Then the rate of change accelerated, and the NCAA failed to keep up. With the popularity of the sport having grown so immensely over the years, coaches were making more than ever. Facilities had become practical Taj Mahals and yet the NCAA was still punishing players for profiting off their own YouTube channels or for selling autographs. Seemingly everyone saw their strict rules as ludicrous, and the NCAA failed to make sensible adaptations. As a result, they got crushed at the Supreme Court and lost any semblance of authority they had left.

Name/Image/Likeness (NIL) rights, which immediately have the look of pay-for-play, and the transfer portal emerged. Before the dust could settle, the SEC made one of the most shocking moves in the years by getting Texas and Oklahoma to leave the Big 12 and join the SEC.

With all of that as background, Southern Cal and UCLA joining the Big Ten still feels like the biggest domino yet and it's because of the geographical absurdity of it. From LA to the closest Big Ten member, Nebraska, is 1,500 miles.

The bump in their TV rights pay-out could be upwards of three times the old deal so perhaps that’s all there is to it and the Big Ten and SEC are now set, but it feels like there is likely more to come. The College Football Playoff contract expires after the 2025 season. Perhaps the SEC and Big Ten are considering an expanded playoff with just their members. Imagine SEC No. 1 vs. SEC No. 4 and SEC No. 2 vs. SEC No. 3 with the winners facing off in the SEC title game and that champion going on to face the Big Ten champ who just went through the same gauntlet. Maybe that’s when they break away from the NCAA and separate football from the other sports allowing them to pay players directly or increase the scholarship numbers and dominate other conferences in recruiting.

While before it was about jockeying to best position your university, now it appears to be about enabling radical innovation. College sports may look much different in 20 years. Scholarships for sports that don’t generate broad interest and revenue may not exist as football detangles themselves from the other sports they financially prop up. It’s all very hard to predict, but there is good news for Clemson fans.

The ACC has in some ways the worst and the best TV contract. The dollar amount pales in comparison to the SEC and Big Ten, but the Grant of Rights agreement alongside it means any ACC team who leaves would forfeit their TV rights until 2036. That seems to be providing some stability for now.

Will the league start crumbling as two super conferences fully engulf the conference by 2036 (or 2025 if lawyers get creative)? Probably, but until then the Clemson Tigers get to play real rivals (Florida State, NC State, Georgia Tech, and South Carolina) every year. They get to fight and claw to get back on top of a conference they’ve been part of since the 1950s. And for at least the next three seasons, they’ll be battling to return to the four-team College Football Playoff. This may not last much longer, so let’s get back to Death Valley all we can and enjoy this uniquely American sport while it is still recognizable.