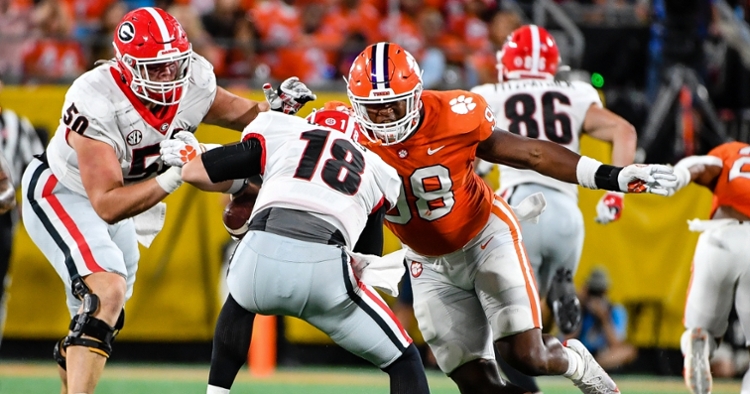 Another college football season is in the books and the start of spring practice is still weeks away. That means, of course, that it’s time we started talking about the 2022 season.

But I will start with a look back at 2021. It was a strange year. Clemson, Ohio State, and Oklahoma, longtime College Football Playoff stalwarts, had the kinds of seasons most other programs dream of. For those three, however, it was a bit underwhelming as all dealt with injuries and coaching changes and roster shuffling and drama. Alabama was good, but they weren’t the Bama of old.

Georgia was really good, especially on the defensive side of the ball, and rode that excellence to the National Championship. To me, there was a clear talent differential between Georgia and Alabama Monday night. I thought Georgia was simply faster and better at more positions than the Crimson Tide. I texted a friend and said that I thought that out of all the teams Nick Saban has taken to a title game, this one might be the lesser of them all. There just didn’t appear to be the studs on the line of scrimmage that Saban has had in the past, and with the wide receiver room bitten by the injury bug, the offense struggled in the red zone.

What kept the Tide in the ballgame was Georgia’s lack of discipline and some great play by Alabama linebacker Will Anderson (the dude is a baller). Add it all together and you have a Georgia championship.

What does that mean for the Clemson program? Maybe a lot, especially when you consider what the state of Georgia means to Clemson’s recruiting success. Head coach Dabo Swinney has often said that the Tigers look at South Carolina, North Carolina, and Georgia as one big state. Clemson has had a huge run of success in recruiting both North Carolina and Georgia for top talent, including past guys like Deshaun Watson, Trevor Lawrence and Dexter Lawrence and current players like Will Shipley and Andrew Booth (headed to the NFL), Barrett Carter, Myles Murphy, and Trenton Simpson.

That needs to change in a hurry if the Tigers are to get back some of that recruiting mojo. The hope around the complex is that with a younger (and harder-working) staff, that mojo can be found. But right now, the Bulldogs are picking the cream of the crop in the Peach State and now have a National Championship trophy they can show off. It’s no longer dreams and promises -- but a reality.

The next few weeks are crucial for recruiting and the 2022 class, and the coaches have extended some offers to guys that, to me on the surface, appear to be filler offers. Guys that can come in and work hard and contribute at some point along the way. But there is a reason they were offered this late in the process, and the bigger concern has to be on the 2023 and 2024 classes going forward. The state of Georgia is still a fertile field, ready to be gleaned, but the Bulldogs are reaping the harvest.

Maybe the plan is to stop casting such a wide net nationally and sticking to what Clemson’s bread and butter should be: prospects closer to home. It’s been proven you can win a National Championship by recruiting that “one big state” and augmenting with Florida and a few others.

As we’ve said multiple times, this might be the most intriguing offseason in a while, and the fun is just beginning.