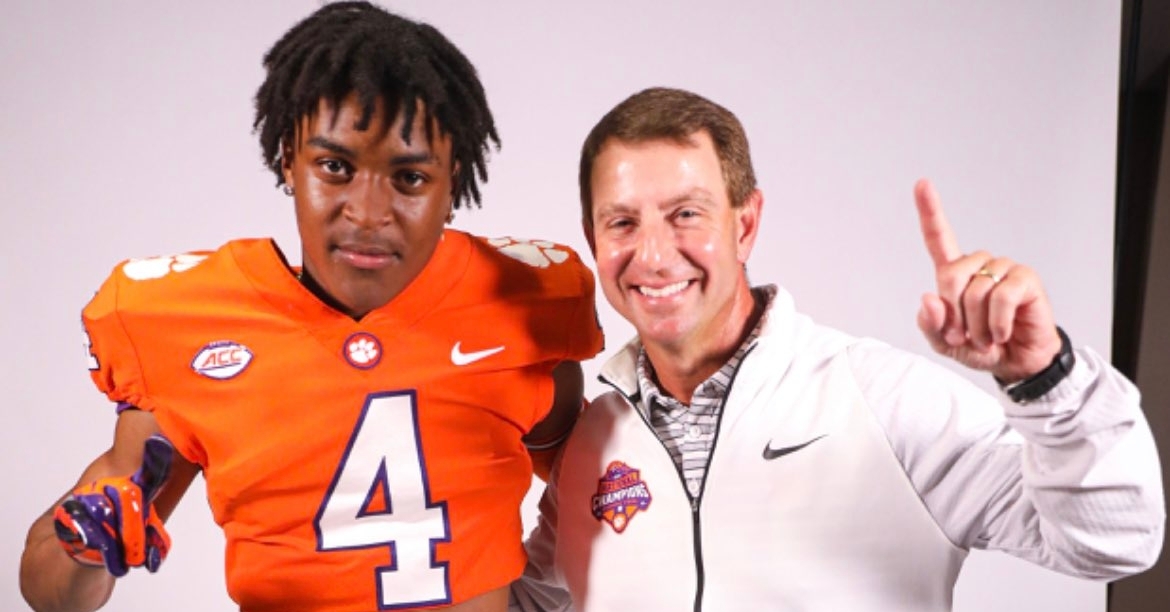 Clemson’s recruiting continues to roll, especially in the state of Georgia.

The 2023 Clemson football recruiting class does not yet have a commitment from a South Carolina athlete. But the Tigers have gone across the border into Georgia and done a lot of damage. Their eighth commitment from the Peach State came from 4-star safety Robert Billings (6-1 185) of Alpharetta (GA) Milton, who gave his verbal during an announcement Sunday.

Billings was at Clemson Monday for the All In Cookout. He also visited in March and made his official visit in June. That was his only official visit because after that weekend, Billings decided Clemson was the place for him as he developed a strong relationship with defensive coordinator Wes Goodwin and safeties coach Mickey Conn.

“They just actively recruited me throughout my process,” Billings said. “Some schools fell off with the relationship or just stopped talking to me. In terms of what they have to offer, the education is a big part of it. And my relationship with Coach Wes and Coach Conn has always been strong since we started talking and it never let up like with other schools. And it’s pretty close to home. I don’t have to go far being from Georgia. Just the family vibe there. And I know a lot of guys that’s going there in the class of ’23.”

Billings is the second safety committed to the class, joining Kylen Webb. He sees a chance for some early snaps with the Tigers and Conn has assured him he will get his shot as a freshman.

Clemson moved up one spot to sixth in the 247Sports Team Composite rankings with the pledge.