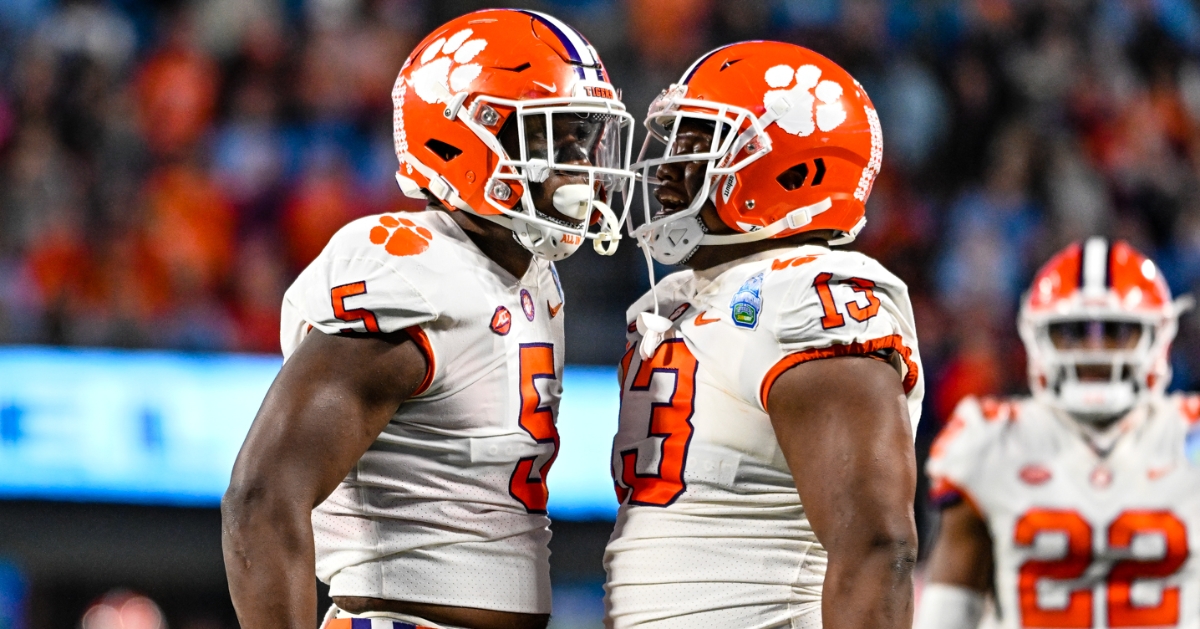 The Tigers take some momentum into what's expected to be a top-10 clash with Tennessee in the Orange Bowl on Dec. 30.

Cade Klubnik came in to rally the Clemson offense and rout North Carolina on Saturday in Charlotte, 39-10.

While regarded as out of the Playoff race, the Tigers do take some momentum into what's expected to be a top-10 clash with Tennessee in the Orange Bowl on Dec. 30 (8 p.m./ESPN).

Clemson finished the regular season at No. 8 in ESPN's power rankings on Sunday.

"After DJ Uiagalelei struggled on his first two drives in the ACC Championship Game against North Carolina, coach Dabo Swinney turned to Cade Klubnik for the remainder of the game, leading the Tigers to their seventh ACC title in eight years in a 39-10 victory," said ESPN's Andrea Adelson. "The performance must have had some Clemson fans scratching their heads about why Swinney did not make the same decision a week ago, when Uiagalelei struggled in a loss to South Carolina. Though there is not going to be a playoff appearance this year, the Tigers certainly played like a playoff team in the victory. Not only did Klubnik play well, the defense slowed down ACC Player of the Year Drake Maye and the Tar Heels offense, pressuring him into many mistakes, including a 98-yard pick-6 by Nate Wiggins that essentially sealed the win."

Tennessee is No. 5 there behind a top-4 of Georgia, Michigan, TCU and Ohio State.