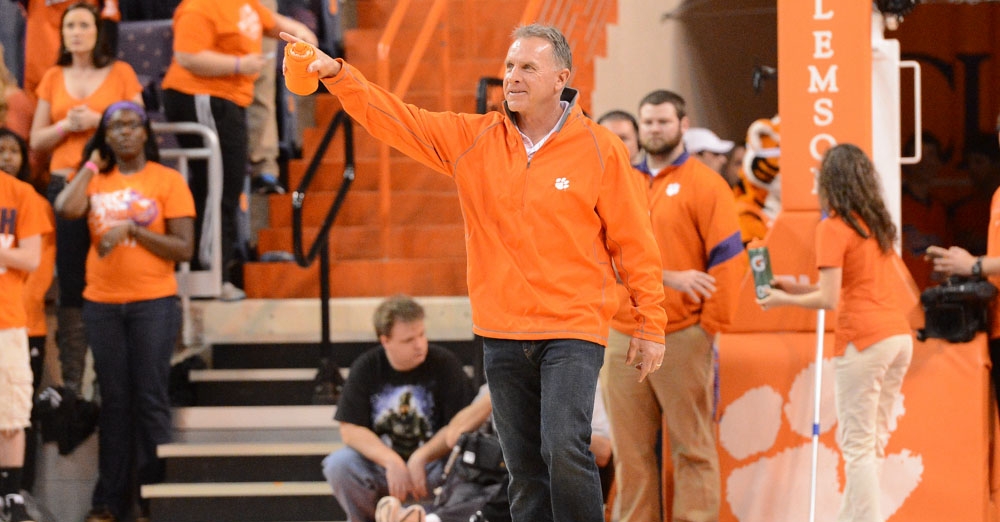 Jack Leggett is being brought back into the fold for Clemson baseball under Erik Bakich.

It’s no surprise that new baseball coach Erik Bakich compares the assembling of his staff to hitting a home run, and that home run includes the return of former head coach Jack Leggett.

Bakich, who was hired away from Michigan last June, made sure his first move was to add longtime assistant Nick Schnabel as the assistant head coach and recruiting coordinator. Schnabel, who will work with the infielders, coached alongside Bakich during his tenure at Michigan from 2013-22 and was named national assistant coach-of-the-year by ABCA in 2019.

“They're the best at what they do for sure. That was critical to have the right guys on the staff. And obviously Coach Schnabel coming over from Michigan, National Assistant Coach of the Year, an elite developer of hitters, of infielders of just talent in general, but an elite recruiter as well,” Bakich said. “Dynamic recruiter. Could have been a head coach five or six different times over, but has been able to be very picky and without question, is going to be one of the better Division 1 head coaches as soon as he gets that opportunity. So having a guy like that on staff has been awesome, personally.

“Having a guy like Jimmy Belanger who's regarded as one of the best pitching coaches in the nation as well, who is also a dynamite recruiter at the same time, and just knowing the feeling when you played against the teams that he was coaching, your hitters just felt smothered. It was a relentless attack on the strike zone. And just seeing how he's instilled those philosophies and mindsets in the Clemson pitching staff has been incredible to witness all fall and the buy-in that those pitchers have had and the strides that they've made.”

In other words, he feels like he hit it out of the park with his hires.

“I just feel like it's an absolute home run at eight different personalities, but eight guys that genuinely like hanging out together, have friendships together and all seem to be pulling the rope in the same direction,” Bakich said. “It's been very rewarding overall, and I think our players can feel it and feed off of it. And we've all sincerely appreciate, all eight of us, sincerely appreciate the buy-in from the players all fall.”

He also made sure that Jack Leggett has a place in the program – Leggett won’t have on-the-field duties and can’t coach the players, but he will serve in the role of program development.

I asked Bakich what that title meant.

“It means everything. Think of it as a fully encompassing title that allows him to coach the coaches, be a mentor to the players,” he said. “He can't physically coach the players with a bat and a glove, but he can mentally mentor them and give them wisdom and advice and feedback. But he can coach the coaches and he does, and he gives us tips and just things that his eyes, which have seen a lot of baseball, he's able to just observe practice and give us really good feedback for improvement.

“And then just that conduit to almost 25 years of players that he's connected to, that he's coached either the two years when he was with Coach Bill Wilhelm or the 22 years after that as a head coach. He's just connected to so many alumni and so many people that are connected to Clemson baseball. So he's able to help the program in those regards as well and accelerate some of the important relationships, whether it be with a donor or an alum or just somebody that you know need to know in town, hey, this guy, this girl, this business, this something. He's just been awesome and he's still level 10 energy all the time. He's got no off switch. So yeah, having him back for so many reasons has been a huge boost to the program and he's such an irreplaceable asset to have on staff for Clemson.”