What Morris has been able to do at Clemson is simply amazing. He took over a bad situation and had an instant impact in the offense. What he has produces a massive offensive output including the breaking of numerous school records.

One of the most important aspects of his tenure is the idea that Morris has given the offense direction.

Before Morris came to Clemson, the Tigers averaged 335 yards a game. In his first year they improved that number to 441 yards and last season it improved to 513 yards. Few could have envisioned almost a 180 yards difference of total offense in two seasons and 17 more points a game.

Clemson's passing offense has also improved. The year before Morris came to Clemson, the Tigers averaged 196 passing yards. In his first year that number increased to 282 yards. Last season they improved again to 322 yards. Therefore they went from 196 yards a game through the air to 322 yard game through the year in two short seasons.

Turnovers have also improved. The year before he arrived, the Tigers were a minus three in turnover ratio. The first season under Chad Morris they improved to -1. Last season they were a plus 2 in the turnover department.

In the two seasons prior to Morris' arrival at Clemson, the Tigers were 15-12 overall. Since Morris arrived the Tigers are 21-6.

He has also won big games. In the two previous years before Morris came to town the Tigers had two wins against teams ranked in the top 25. With Morris running the offense the Tigers have beaten five ranked teams.

One of the most underrated aspects of Morris' time at Clemson is his handling of quarterbacks. Boyd was an inexperienced player when Morris arrived, but Morris has helped develop Boyd into a record breaking quarterback. This development could leave Boyd as the ACC's all-time leading passer.

Morris has influenced recruiting also. Because of his fast paced, high-powered offense, players identify with it and want to play in the system. Recruiting has increased greatly since Morris' arrival.

To be fair, it must be pointed out that he has he did not inherit an empty cupboard. Dynamic playmakers like Nuk Hopkins, Sammy Watkins 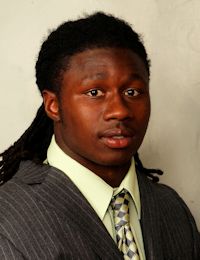 Andre Ellington
Running Back
#23 5-10, 195
Moncks Corner, SC
View Full Profile and Taj Boyd have been prevalent in his offense. Former Clemson offensive coordinator Billy Napier did not have that luxury. Napier was saddled with fewer bullets to work with.

Morris has given Clemson a sense of urgency. If you ever seen a practice at Clemson you have seen a frantic offensive system at work. Morris continues to push, push, push. He is never satisfied. That kind of attitude has made a big difference.

Clemson now has an identity and a brand. When this staff goes into high schools or high school kids' homes, they have a lot to sell. They don't have to tell them what they want to do offensively. They can show them the identity. Kids are attracted to this offense. Kids want to play in a fast pace offense and want to be able to showcase their talents. Morris can show quarterbacks, running backs, wide receivers, tight ends and offensive linemen how he has been able to showcase their abilities in a dynamic offense.

There will be a time where Chad Morris will leave Clemson. It may be sooner rather than later, but when time comes I doubt Clemson's offensive identity will change. Maybe the play calling may change slightly maybe but I think Chad Morris has left a long term identity with Clemson. I don't think it would hurt Clemson fans' feelings if this is the offense of the style they see for the foreseeable future.

Finally he reminds me of another former Clemson offensive coordinator Rich Rodriguez. Rodriguez also left a major impression in the program and went on to do great things at West Virginia. He definitely left a mark here at Clemson. There's no doubt in my mind that Morris is well on his way to doing that and I can't wait to see his 2013 offense. 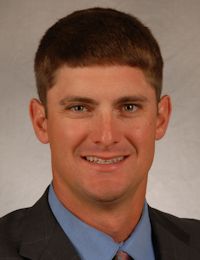 The Ryan Harless Foundation has opened the bidding on an awesome golf outing. You and three friends can play a round of golf on Sunday, July 14th with Clemson Recruiting Coordinator Jeff Scott and Mickey Plyler at Greenville Country Club's Chanticleer Course. This is the top ranked course in the upstate of South Carolina. Bidding will end on Wednesday, July 10. You can place your bids on the Ryan Harless Foundation Facebook page or by email at mickeyplyler@hotmail.com. Please add your email address when you bid.

The Ryan Harless Foundation has opened an auction for two Lower Deck tickets to the Clemson-Georgia game. Bidding will end Friday, July 12 at the RHF Family Fun Fest.

You can place your bids on the Ryan Harless Foundation Facebook page or by email at mickeyplyler@hotmail.com. Please add your email address when you bid.