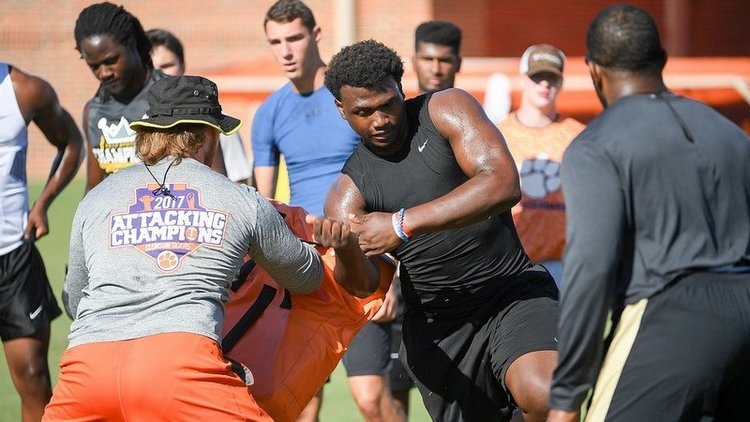 Capehart is ranked as high as the No. 27 player in the nation.

Stadium analyst Michael Felder was a big fan of Capehart after watching him in person.

"Clemson is getting two very solid players," Felder said, "but Capehart is someone who plays up (to competition level). When he gets to the college, much like Xavier Thomas, much like Dexter Lawrence, much like Christian Wilkins becomes - 'Oh, the lights are on?...Game over. Let's go.'"

Mayes was rated by ESPN as the top offensive tackle in the nation and No. 11 overall recently but Felder expects Mayes to play guard at the next level.