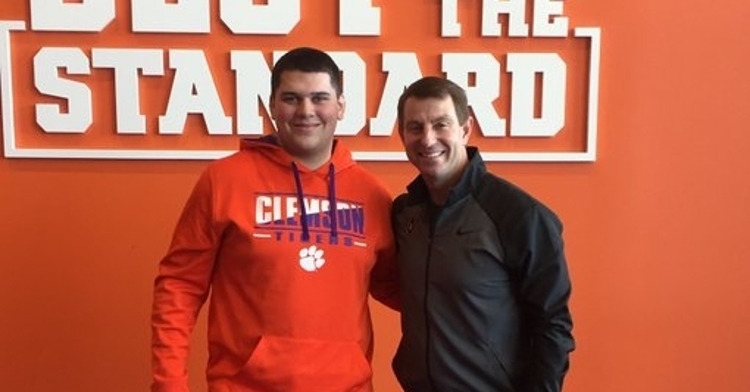 Dreams have come true for one life-long Clemson fan.

2020 offensive lineman Will Boggs from York, SC is headed to Clemson as a preferred-walk and to study engineering.

Boggs certainly has the credentials to make an impact in Tiger Town.

He was the SC Offensive Lineman of the year this past season as he graded out at 88 percent with 41 knockdowns.

Boggs talked about his commitment during his school's signing day as he turned down scholarship offers from Presbyterian, Newberry, Davidson, and others to join the Tigers.

"All of my roads, wherever I went, they went back to Clemson, the major that I wanted. If I ended up at Furman or Wofford or Newberry or somewhere like that, I would almost do like a bridge program, major in like physics, my two years or so. And then, from there, I would have finished off my degree at Clemson. So all paths led me back to Clemson, and why not go there and just stay the whole time and especially with how they are."

Boggs realizes that he received an opportunity to join an elite football program.