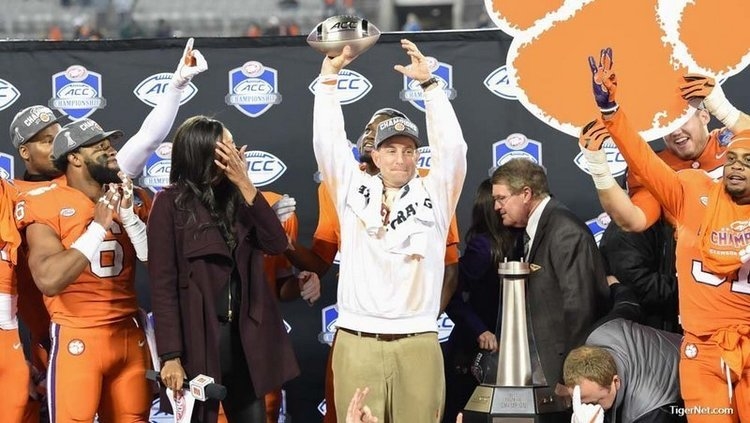 "Best is the standard...and the PAW is POWERFUL."

That's how the Clemson football Twitter account reacted to a survey of recruits naming Clemson the No. 1 brand in college football.

That same Twitter account, which is up to over 900,000 followers since its August 2013 start, played an integral role in building up that brand, as just one arm of a highly-successful program under Tigers head coach Dabo Swinney.

The survey asked 224 recruits to rate their "interest and desire" surrounding each program as if they were the No. 1-rated prospect in the nation.

Just how much does the brand help? The site that conducted survey, Pick Six Previews, explains.

"College football is an exercise in the principles of statistics," they write. "Think about these brand rankings as a ranking system of the true probabilities assigned to each program’s likelihood to land any given high school recruit regardless of circumstance.

"Clemson has Death Valley, Howard's Rock, the charismatic Dabo Swinney, and a recent National Championship to sell," they write. "These three programs have found a way to differentiate themselves in the eyes of teenage student-athletes with their brand from the blue bloods and other non-traditional powers in the sport of college football."

A recruiting cycle removed from the school's second national title, Clemson topped the ACC in recruiting for the first time in a 247Sports Composite Ranking that goes back to 2000, ranking sixth overall. A WYFF report Thursday said that the program invested over a million into recruiting expenditures last year, which was up nearly $800,000 from Swinney's first year as a full-time head coach in 2009 ($292,595).

Best is the standard...

Off-field rankings & polls can be a trap but amazing to see this direct feedback from recruits — a #1 ranking from the #1 target audience.