4-star 2018 defensive end Xavier Thomas will be visiting Clemson on Saturday for the Clemson-Notre Dame according to his Twitter account.

Most recruiting analysts consider him the top South Carolina prospect for the 2018 recruiting cycle.

He had a top six of Clemson, Florida State, Georgia, Nebraska, South Carolina and Tennessee back on July 29th.

In his first eight games as a freshman, he had 48 tackles, 18 tackles for loss, six sacks, two forced fumbles and a fumble recovery. For the season (in 10 games), he had 59 tackles and eight sacks. He was named Max Preps Freshman All-American after the season.

He wants to major in engineering in college. 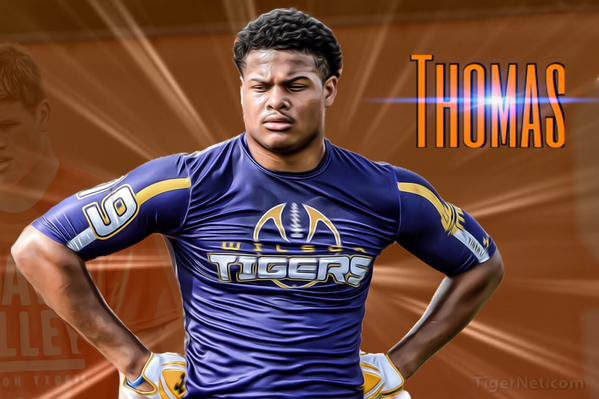